The Cupertino technology giant, Apple, is reportedly testing smartphones with larger screens, according to a report from the Wall Street Journal. The famed news outlet bases the claim on its intel from component suppliers that the fruit company might be considering a considerable increase in the screen size for its iPhone lineup of devices for prototype units, but doesn’t forecast a release any time soon.

According to WSJ, Apple is playing around with devices that range in screen size from 4.8 inches to 6”, which is significantly different from what we’ve seen on the current iterations, including the iPhone 5S and iPhone 5C which are scheduled to be unveiled on Apple’s September 10th iPhone event.

Assuming the rumors to be true, this would indicate a dramatic shift in Apple’s smartphone strategy, and indicative of the fact that the company has learnt from its past experiences. Until last year’s iPhone 5, Apple had religiously stuck to a screen size of 3.5”, which, while ideal for one-handed use, was nowhere close to what the competition had to offer. Android smartphones, especially those from Samsung, have reached an enormous (and maybe ridiculous) screen real estate of up to 6.3” on the Galaxy Mega, and the Korean company had enjoyed a particular success with its Note lineup of Android smartphones, the smallest of which measures at a hefty 5.3” screen. 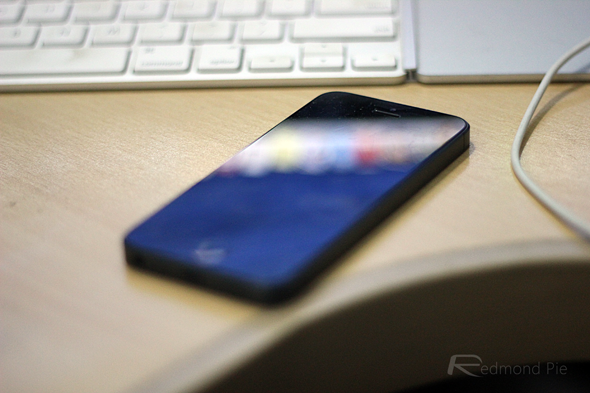 The change in strategy wouldn’t be a first for Apple, either. iPhone 5 last year showed that the Cupertino giant had finally decided to give in to consumer demands for a larger screen, something that we’d never seen during Steve Jobs’ reign. Then, with this year’s expected announcement of iPhone 5C – a low cost smartphone for emerging markets – shows that Apple wants to get back in the smartphone dominance game. Android OEMs, especially Samsung, have enjoyed a particular success in this area, offering capable phones for as low as under $100 in certain regions, and iPhone has significantly lost in keeping up, evident from the fact that Apple’s market share fell to 14% last quarter from 19% in year over year comparison. 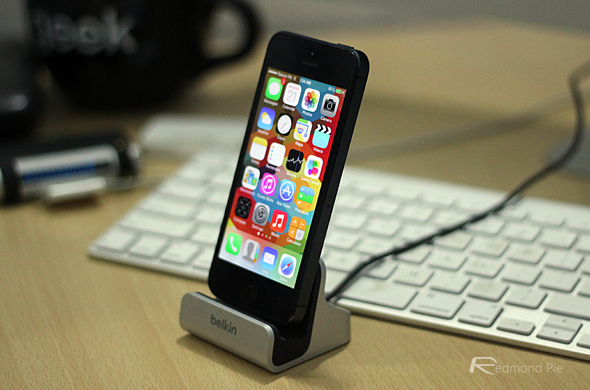 With all of the above taken into account, we should bear in mind that this won’t be the first time that Apple is playing around with prototype units different from conventional iPhone hardware. So far, we haven’t seen any of these prototypes materialize into reality. Then again, with the pricing change in the form of iPhone 5C, it’s also evident for the first time that the company is actually willing to revisit its marketing strategy, and while it’s unclear as to whether a multi-sized iPhone lineup would ever emerge or not, it’s safe to speculate that things would change in the time to come.

According to earlier reports, it has been suggested that the iPhone 6, which is supposedly launching in June of 2014 will carry a larger display than the iPhone 5.

There hasn’t been any official comment from Apple on the matter.