The Apple TV is still very much in the early stages of its App Store’s life, with developers still working out what the device is capable of as well as just what kinds of apps are suited to being used on a big screen. It’s a complicated problem, but there is one thing that is abundantly obvious – apps that show TV content are, obviously enough, perfect for the Apple TV.

With the iPad’s Picture-in-Picture feature one of the bigger things to come with iOS 9, developer Steve Troughton-Smith got to thinking, with the inevitable conclusion being to wonder what would happen if it was possible to mix picture-in-picture with the Apple TV’s ability to show high-definition content. Surely, that’s a match made in heaven, right? Well, yes. Yes it is. 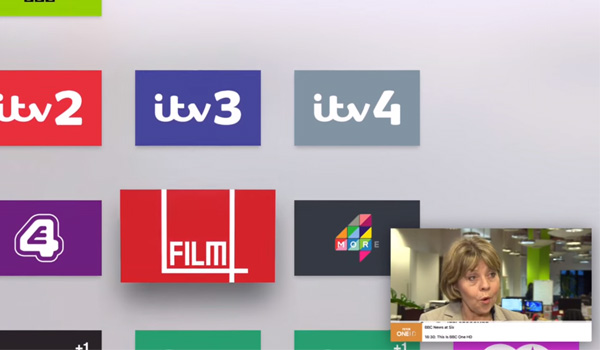 Using an in-house app that Troughton-Smith developed, which takes free-to-air HD streams of TV channels and then pushes them into a simple tvOS app as a jumping off point, the developer modified the app to allow for picture-in-picture. The result is an app that lets users watch Dr Who, for example, while browsing the Apple TV’s App Store. Just about anything can be done while video is playing in a smaller window layered on top, though the video Troughton-Smith has released shows only simple menu navigation being carried out while content is playing.

Steve Troughton-Smith has form for sharing things that appear to be built into Apple’s operating systems but have yet to be made public. He was the person that first shared video of an iPad simulator running apps in split-screen mode, months before Apple saw fit to make it happen for real. Similarly, he was also the first one who showed off Folders support coming to tvOS much before Apple made it official with tvOS 9.2, among other things. With the same man now showing that the Apple TV is indeed capable of running video in picture-in-picture mode, we can only assume Apple will bring that very same feature to the device sooner or later.