DC Comics, arguably the biggest in the business, has today announced that its books will be made available via the iBooks Store, Kindle Store and Nook Stores, adding three new ways of downloading content to the already considerable array of options.

If you’re a fan of comics, then it doesn’t get any better or bigger than DC. Home of Batman, Superman and the Green Lantern, DC Comics is a household name that has spawned all manner of movies, books and merchandise.

If you’re the owner of a tablet, then you’re also pretty well set up for reading comics from DC thanks to the bespoke apps that do the job admirably. You can buy new content as well as read comics in glorious HD color, just as it was meant to be and the way it really should be.

Today, DC Comics announced that fans of the classics will be able to read their books/comics in a new format, and via a collection of online book stores across various platforms. Sounds good, right? Well, it is! 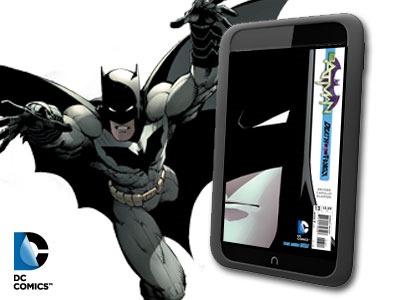 As of now, DC Comics are now available for purchase via all major online retailers. That’s Apple’s iBooks, Amazon’s Kindle and the Nook Store. If you’ve got a tablet, then you’ve also now got another way of getting your geek on thanks to DC Comics and their unerring need to make their content available in just about any way possible.

Giving their fans multiple download options is something that DC’s Jim Lee said was important to the company, with the existing download methods continuing to be available alongside the new methods announced today.

If you’re a big fan of DC Comics, then it’s highly recommended that you get your download face on and start reading! It’s definitely worth it, besides, who doesn’t love Batman on a tablet, right?