The much anticipated update to the official Apple Store app for iOS is out! The new version 2.4 lets you buy gift cards directly from the app which you can then send to your family and friends. These gift cards are said to be compatible with Passbook feature in iOS 6, in U.S. only for now.

Buy new gift cards and email them to friends and family right from the app. These gift cards are easily integrated with the new Passbook app (U.S. only, iOS 6 required).

Also added is the support for searching and shopping for products available in the Apple Store using Siri (on the compatible devices):

Asking Siri about things like “what is the price of iPad mini” will take you directly to the section of the app you asked Siri about, as depicted in the screenshot below. 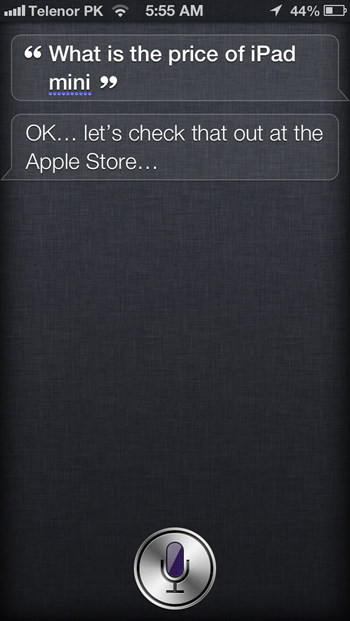 Besides this, the new update also adds more international support for EasyPay feature in countries like Canada, France, Italy, Switzerland and Germany. U.S. and UK version has already had this feature. New payment options have also been introduced for Chinese market.

Purchase accessories in the store quickly with the new EasyPay feature, now available in Canada, France, Italy, Switzerland and Germany. Just scan the bar code and complete your transaction straight from the app.

Works with iPhone 4 or later, and iPod touch (5th generation). 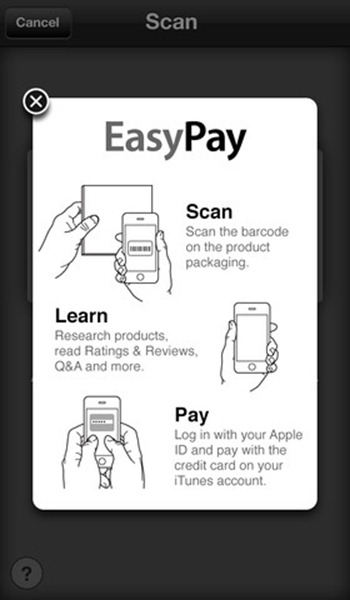 Even though iTunes’ release notes mentions support for Passbook compatible gift cards in U.S. store, apparently its not live yet in the actual app. Maybe its just a server side glitch, or something else, we don’t know. We have contacted Apple Support about it and will update the post once we hear any update from them.