Tweetbot for OS X has been one of the more notable releases to hit the Mac App Store in recent times with the 1.0 release eventually landing on the store last month for public purchase after a lengthy public alpha and beta testing period. The iPhone and iPad apps of the same name have benefitted from multiple updates over their lives to bring additional functionality to the user and now it’s the turn of Tweetbot for Mac to get the 1.0.1 update from Tapbots.

Mac OS X users could be forgiven for thinking that a point update of this nature would contain nothing of any note, but it seems that the engineers at Tapbots have managed to include a few powerful and handy new features into the first official Mac App Store release. As part of the update a number of fixes and improvements have been added to the popular Twitter client including a solution for a reported issue that would cause the timeline to automatically scroll and revisit tweets that have already been read. 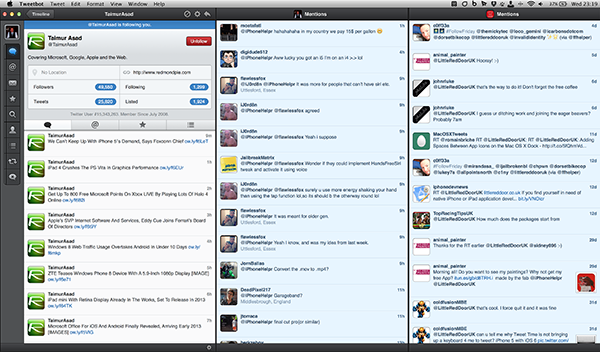 A number of streaming issues have also been fixed in version 1.0.1, along with a number of other bugs and crashes that have been reported by concerned users. In addition to the obligatory bug fixes and code enhancements, Tapbots have also added native support for Apple’s own Reading List feature. Users running OS X 10.8 or above can now choose to save content directly to Apple’s read it later service that is accessible through Safari on multiple devices.

The final major addition to the Mac App Store’s popular Twitter app is the addition of what the team are calling "j/k navigation". It may seem like an entirely fabricated feature but it actually allows users to scroll up and down through their timelines using the J and K keys on the keyboard. Other applications such as Google Reader have already implemented this with great success so it should prove to be a great addition for OS X Tweetbot users. 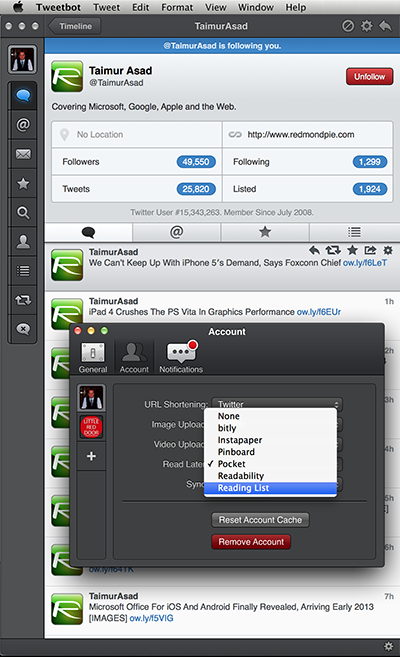 The update should be live in the Mac App Store right now as a free of charge download for those who already own the app. New users can grab Tweetbot for $19.99.