If you’re a developer, an Android device is like steak to a lion, offering an unrivalled amount of scope for fun to be had. The latest iteration of Android – Jelly Bean – is still in relative infancy, but already, modders and developers have been sinking their teeth into the new OS.

CyanogenMod’s aftermarket firmware is one of the most popular in existence, and the chances are, if you’ve dabbled in Android software modification before, you’ve encountered CyanogenMod on more than one occasion. The team behind the famed firmware has been slaving away on its latest development – CyanogenMod 10, and via Google+, has given Android enthusiasts a glimpse of its current progress. 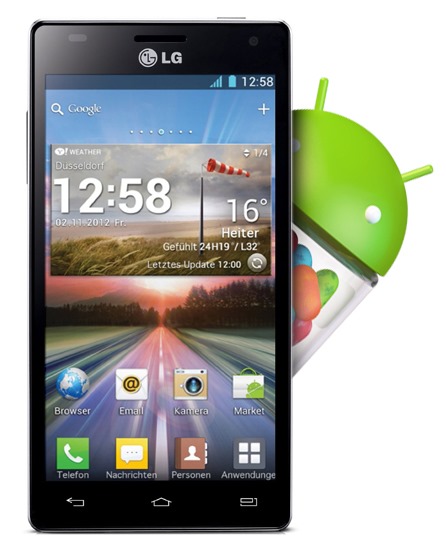 In the clip, CyanogenMod 10 is shown as running on Android 4.1 Jelly Bean, and in what will undoubtedly bring a smile to the face of CyanogenMod users far and wide, Jelly Bean is a minor transition from Ice Cream Sandwich (4.0) which means that the wait for CyanogenMod 10 will not be too severe. Before anyone begins chucking the confetti around, however, the differences are enough for the project will require manual code managers, so if you’re a serial flasher, you’ll have to wait a short while before you can get your greasy paws on the nightly builds.

Still, hardware integration is said to be "progressing nicely” according to the clip, with the LG Optimus 4X HD managing to handle the majority of the key features with very little fuss.

With the Nexus 7 on the way in the near future, and a plethora of Nexus handsets expected to be arriving later this year, you could be forgiven for thinking CyanogenMod 10 was a Nexus-only affair. However, the main purpose of releasing this video clip of LG’s flagship device was to show that indeed the opposite is true, and in actual fact, there will be many other, non-Nexus devices included when the builds finally trickle out.

As you can see from the video, Google Now isn’t properly working, but given the constant work of the CM team, we’d expect that problem to be eradicated in the near future.

We’ll have more on the release of CyanogenMod 10 as it arrives, so stay tuned to our coverage here at Redmond Pie!