In spite of the fact that it was the first paid-for OS to be released as a download only, Apple’s OS X Lion has still been a resounding success, with 6 million copies shifted through the Mac App Store as of early October. 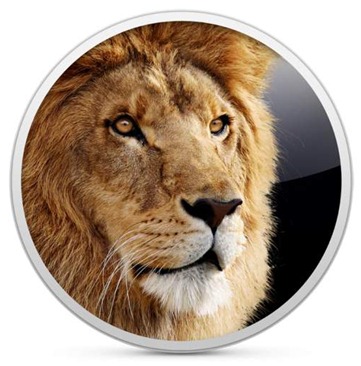 Although the functionality has improved greatly with Lion, and it looks – as is always the case with Apple GUI’s – clean and user friendly, some of the backdrops could be perceived as a little, well boring.

Mission Control adopts the trusty grey linen background showing a mini version of your desktop, whilst the login screen is also placed on that rather bland and boring grey linen design. The background of the Dashboard follows a similar, desolate grey outlook, whilst Launchpad’s backdrop is merely a translucent pane revealing your desktop background in a burred manner. Some may like the look; in fact, it’s not something frequently complained about. Conversely though, some may like to spice things up with a few concepts of their own.

Enter Lion Designer, a shareware app that will add a touch of color here and there for those not so keen on the frequent greyness within Lion. It will give you the ability to alter the background for Mission Control as well as the Launchpad (and the folder backgrounds therein). Furthermore, you can also customize the background of the login screen and who knows – brightening it up may set you in a better mood! 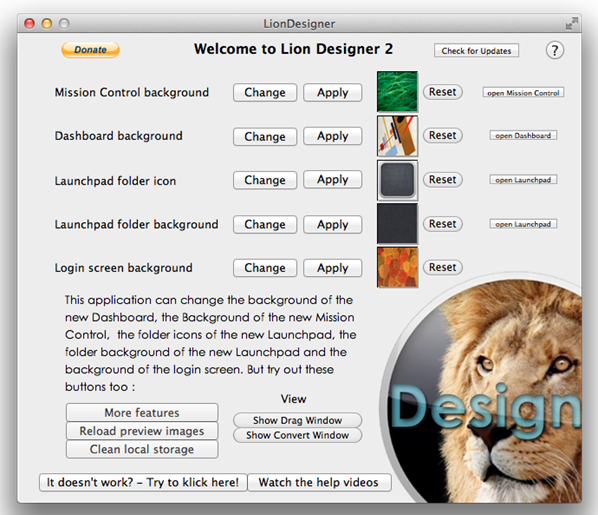 All changes are resettable, so if you do mess things up – or decide that you’re a rather grey person after all, you can reverse back to default. 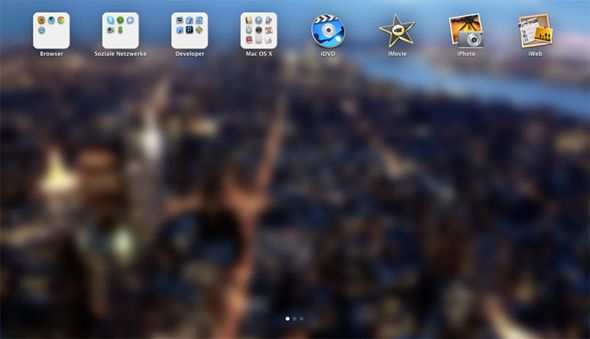 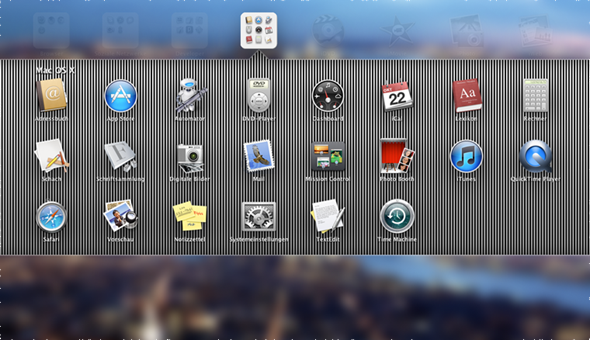 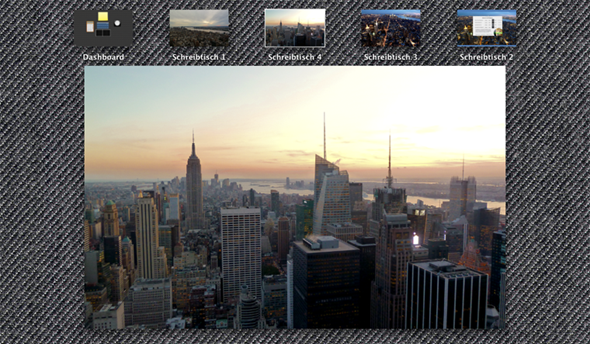 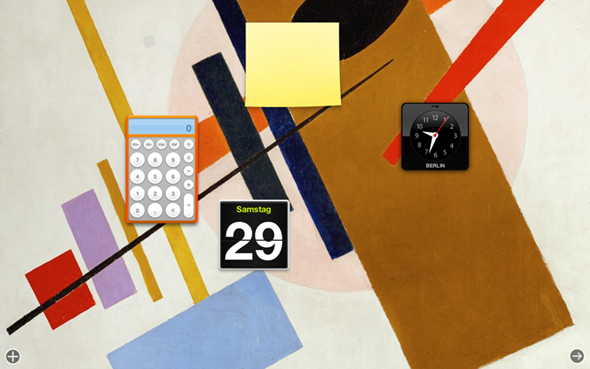 When implementing your custom images, the app’s developer Moritz Wette recommends that you use PNG files equal to or larger than your monitor’s in terms of resolution, as to avoid tiling.

Since Lion Designer is shareware, there’s no risk in wasting your precious dollars, although since it is free, a little donation would do wonders for encouraging Wette to keep plugging away and develop more apps like this in future; that is of course, if you like it!

You can download Lion Designer from this link and try it out for yourself. Please leave your feedback on our Facebook fanpage and let us know how you got on with it!