Twitter today went on the update offensive, with both its mobile and desktop apps receiving new version numbers. Not content with giving the Mac version of its app some new features, Twitter has also seen fit to update both its iOS and Android apps also. Twitter on the web is also on the receiving end this time around.

The updates are generally very similar, with the main thread holding them all together being the much vaunted and generally wished for feature that sees Direct Messages now sync across multiple devices and applications. That means that we will no longer read a DM on our iPhones only to have the same DM marked as new on the desktop. It may not sound like much, but it’s a simple change that will make things much easier for heavy DM users out there, like us.

In order for the DM syncing to work, users will need to have updated versions of all their Twitter apps, that includes the iPhone, Android and Mac variants, which is obvious enough. We’ve not heard whether this will be available to third-party apps, so we’ll have to wait and see how the interoperability works there. Still, it’s a start and we’ll take it with good hopes and chances.

Other changes across the various apps include a new reply composer on iOS, and richer search results across multiple platforms. As well as the new features, plenty of bug fixes have also come into play with this update, so if your Twitter app on your platform of choice has been giving you a hard time, this update may be just the ticket for you and fix your woes for good. 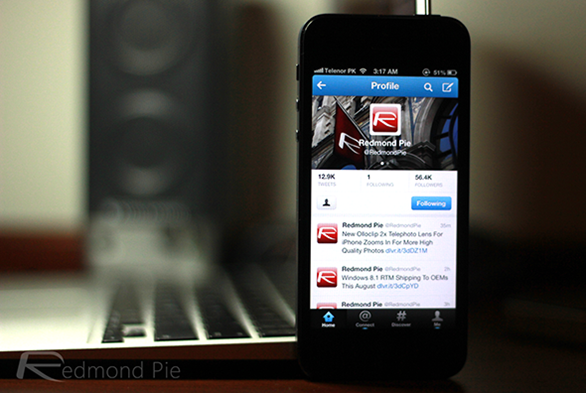 The syncing DMs is enough for us to run off to our various app stores in order to get the update though, and we can’t help but wonder why it’s taking so long for it to happen! We’ll be thankful for small mercies though, and it’s good to see that Twitter is continuing to improve the experience for those that still use its official applications across iOS and Android, where competition is fierce.

You can grab the Twitter for iPhone / iPad update for the iTunes App Store. Android users can do so by going to the Google Play Store and Mac users can update via the Mac App Store.

Be sure to update, and let us know in the comments section below what you think about the update.