Crazy Taxi For iPhone And iPad Screeches Into The App Store – Download Now!

Although nobody was necessarily anticipating it, SEGA America made a pretty significant revelation in the gaming world recently by announcing Crazy Taxi for iOS, and, honoring its word of an October release, has just pushed the classic title through to Apple’s App Store.

The arcade, open-world favorite enjoyed the vast majority of its success on SEGA’s own Dreamcast console in the early 2000’s, and although the Japanese gaming giant no longer delivers a flagship console, it has been consistently injecting life into its older titles by beautifully adapting them for the mobile market. 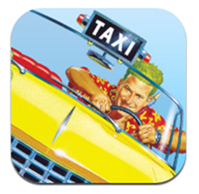 While Nintendo has outright refused to bring the likes of Super Mario to iOS, Android and Windows Phone (a move which would appease many a nostalgic gamer), SEGA has already brought dozens of titles through, most of which have been roundly acclaimed by critics and consumers alike. 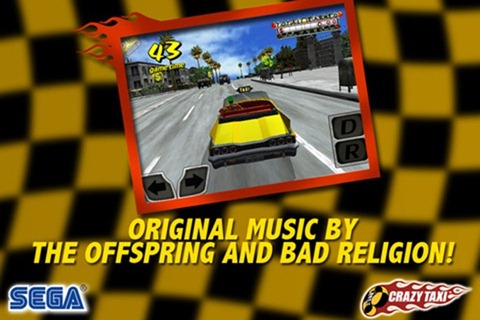 Crazy Taxi probably doesn’t have quite the following of Sonic The Hedgehog, but in its day, was every bit as fun, and SEGA will be hoping to appeal to those people once more. It’s a port of the old version, so expect those familiar guitar riffs taken from The Offspring‘s “Ixnay on the Hombre” album, as well as your favorite drivers in Axel and the charismatic B.D Joe. 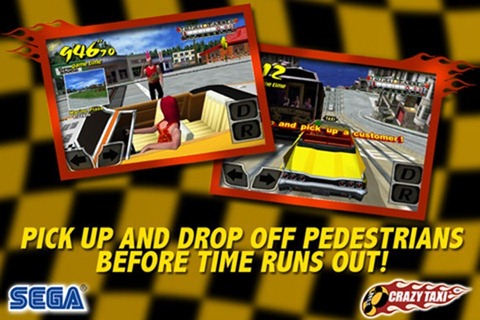 If you own an iPhone, iPad or iPod touch, you can download it right now for the reasonable price of $5.49 from the Australian App Store, and even if you’ve never played the game before, I highly recommend you check it out. 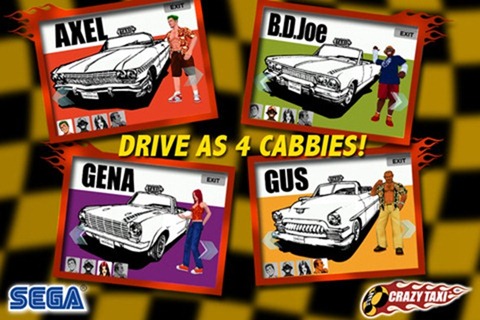 Often, a mobile title can be let down by the lack of consideration of the touch-based environment, but everything runs seamlessly and fluidly, so if you don’t manage to deliver you customer to their destination on time, it’s down to your driving! We’ve warned you already.

Download it, give it a whirl, and let us know if you think SEGA has kept the Crazy Taxi magic intact by dropping us a comment on our Facebook page.

Keep in mind that the game is available from the Australian App Store for now, it will be available worldwide in the hours to come, so hang in there tight!