If you ever played on SEGA’s cult-favorite Dreamcast console, there’s little chance you’d have been able to dodge the Crazy Taxi, and if you always enjoyed tooling around as B.D. Joe (who subsequently made an appearance in Sonic All-Star Racing), then you’ll be ecstatic to learn that it’s coming to the iPad, iPhone, and iPod touch at some point this month!

As a former Dreamcast owner, maybe there’s a hint of bias in this particular report, but hey, when a title we’ve looked back upon fondly is suddenly rejuvenated and brought into the current, we’re all susceptible to little nostalgia. 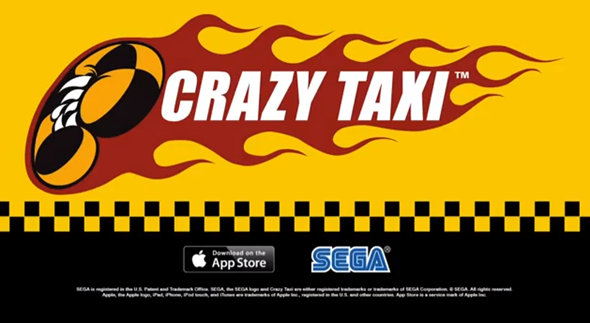 For the uninitiated, Crazy Taxi was – and soon will be again – a fast-paced game in which you’ve to drive around a series of fictitious towns – picking up as many fares as you possibly can along the way. Tracks like "All I Want" and "Way Down The Line" by The Offspring blare at you as you create a wave of sparks and carnage down the freeway, and if you happen to be a second or two late in delivering your customer to their destination, they’ve their polite ways of showing their dissent; kicking your car or throwing a handful of dirt at yourself and your taxi.

Still that’s what makes it crazy, and if you’re buoyed by the idea of Crazy Taxi hitting the mobile scene, you’ll be pleased to know SEGA America has revealed it will be arriving this month. Although the eleven second trailer clip doesn’t give to much away, it looks – much like Grand Theft Auto III for iOS – to be a straight port. That said, as a Craxy Taxi enthusiast, I wouldn’t want it any other way, and although SEGA’s releases for mobile have been pretty sporadic, nearly every single one hitherto has been spot-on. 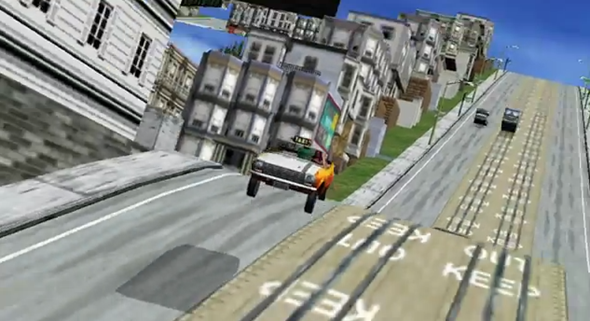 There’s no word on an Android version as yet, and it will be intriguing to see if SEGA can – as Rockstar managed with GTA III – adapt the controllers of such an intricate driving-focused title to suit the touch-based environment.

We will of course let you guys know when Crazy Taxi releases, and for now, check out the very brief trailer: