Two of China’s mobile carriers have shared promotional images which appear to confirm that at least one iPhone will have dual-SIM support.

Apple’s 2018 iPhone event kicks off in under 36 hours, and that is the point at which this year’s rumors can finally be put to bed officially. Until that point, it’s basically open season, and although we are starting to nail down some of the facts as we get closer to the big day, anything’s possible until Apple confirms one way or another.

However, one rumor that is starting to look like it does have legs, is one which has the iPhone gaining an extra SIM card slot, at least on some models.

We have been hearing for weeks now that there is an iPhone on the way that has a dual-SIM setup that would allow users to take advantage of two SIM cards and thus, two phone lines and two buckets of data. This may not be immediately useful to some, but if you’re a business user who wants to carry one phone around instead of a business phone and a personal one, it can be a lifesaver.

Taking to social media, both China Telecom and China Mobile have shared promotional images suggesting that an iPhone with two SIM card slots is on the horizon, something that both know their customers will appreciate. We can’t imagine either carrier going to the trouble of such a promotional push if they didn’t know something we don’t, so we’re taking this as a strong sign the rumors were right. 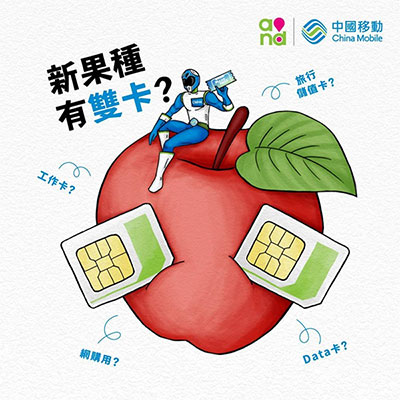 Dual-SIM phones are also particularly popular in some countries, although not so much in the United States or most European countries. This is why it’s believed that only one of the three iPhones to be announced tomorrow will have the ability to support two SIMs, and even then it’s possible it will only be devices sold in specific countries. 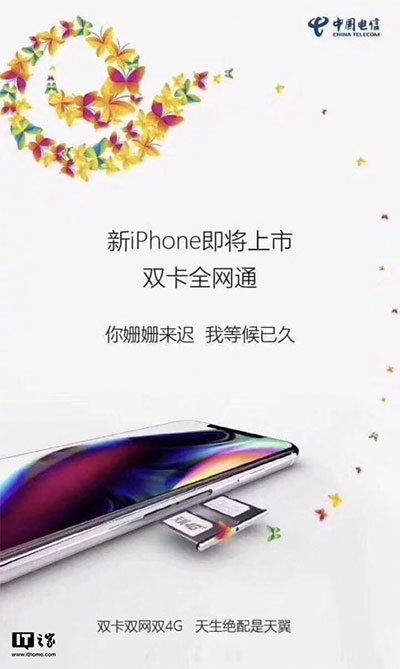 China is one that’s very likely to be included, and now two of the country’s carriers have started to tease exactly that. All we need to know now is which iPhones will have the dual-SIM capabilities and in which countries.