With tablet and smartphone devices offering so much to consumers in this digital era, we often state in jest that it’ll only be a matter of time before our treasured devices begin making toast, pouring drinks, and developing minds of their own.

Whilst we can safely say that none of those ideas are in the pipeline, it doesn’t hurt to prompt the imagination once in a while. You’d be hard pushed to find a better candidate to get people dreaming of such than magician and performance artist Simon Pierro, who has come through with another captivating "iPad 3" preview which will leave you wondering just how it was done. 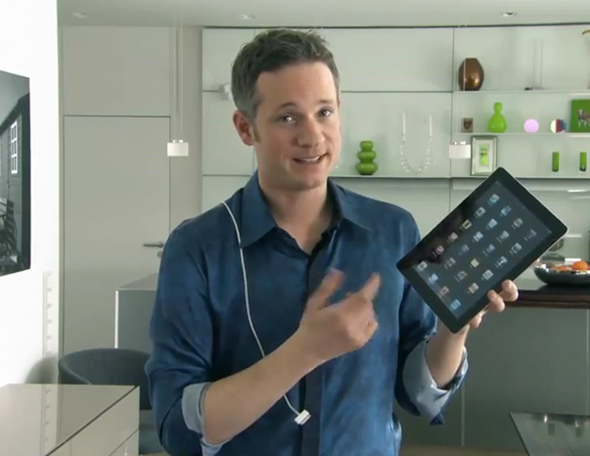 Featuring a Helium app which allows the device to defy gravity and float like a balloon, Pierro advises "iPad 3" users to keep the dock cable connected – in order to prevent it from flying away. Even if such technology were available, we highly doubt – given Apple’s efforts to oust optical media and wires wherever possible – that the fruit company would treat consumers to it.

The only realistic feature of the preview is Siri implementation, which could finally sever the iPhone 4S apron strings and land on the iPad. Some have debated as to the usefulness of Siri on the iPad, mainly due to its size. In the end, I think it comes down to a matter of principle; users feel cheated out of a significant new feature, which follows the trait of some companies favoring new customers and not taking so much care of its existing user base. Whether Siri is ready to become a mainstay or not, it’s about time Apple ditched the not-so-covert marketing ploy, and made Siri available to other devices – or at the very least, those dual-core or better.

Nonetheless, the video finishes on a high, with Siri seeming to change the weather from miserable and rainy, to a sunny day. A tap is then attached to the screen, and the "iPad 3" begins pouring beer into a glass, showing visual depletion of the Amber Nectar on the display. A faceless Siri then appears in the flesh, much to delight of Pierro, who had earlier proposed to marry Siri if she were human.

Which of these features would you most like to see – in an ideal world?