Check Out These Rare Photos Of When Apple Fired Steve Jobs

Steve Jobs is rightly considered among the key influencers of the modern Digital Age, but while he is remembered for founding Apple and driving it to the great success it is today with products like the iPod, iPad, MacBook and iPhone, there was a period between the mid eighties and nineties that is often overlooked in the tale of the late, great innovator. In 1985, he was forced out of the company that he helped to create from the ground up, and in rare, previously unseen snaps, we catch a glimpse of Jobs in the moments after this pivotal occasion in his career.

BBC World Service has released a short clip featuring images by famed photographer Doug Menuez, which also briefly tells the story of the period after he’d taken his leave from Apple. Following a lengthy grappling of power with the board of directors, Jobs had to start over, and as we now know, he created several subsequent success stories including NeXT and returned even stronger upon his reinstatement at Apple in 1996. 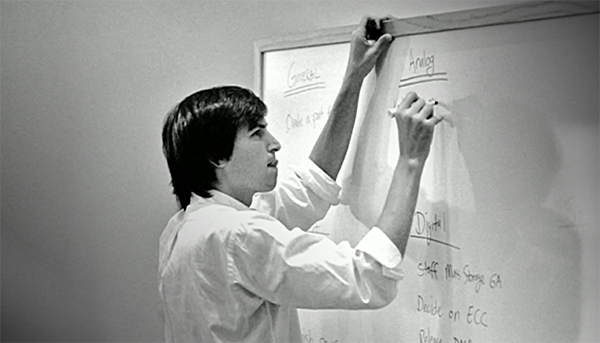 Although being ousted from your own company may be enough to send many folks into a state of self-pitying and general negativity, Jobs was always going to come out fighting, and even suggested that the 11-year hiatus from Apple "freed me to enter one of the most creative periods of my life."

Apple was on its knees in 1996, in a far worse state than Jobs had left it and flirting with bankruptcy, but after just two years, it was back in the black, and even turning a tidy profit.

The images shown in the video below are excerpted from Menuez’s book, aptly named as ‘Fearless Genius’, and for those interested, is available to purchase as of right now. From the synopsis, it definitely looks an interesting read, and given Menuez’s extensive documenting of Apple, NeXT and Silicon Valley in general, would probably serve as a decent gift to Steve Jobs fans far and wide.

The story of Apple, it would seem, is only just beginning, and given the ups and downs of times past, it’s intriguing to imagine where the Mac maker will be in, say, ten years’ time.

Anyway, check out the clip and photos below, and as ever, do leave your opinions in the comments.