Everyone loves new emojis, and with iOS 11.1, Apple is introducing a bucket load of them for our delectation. Released just a few hours ago, the new software update offers over 70 new emojis and if you take into account skin tone and other variations of some of those, there are 240 new emoji to choose from.

As noted by Emojipedia, we don’t just have some new emoji as part of the update – a number of existing emoji have also received a refresh as of iOS 11.1. 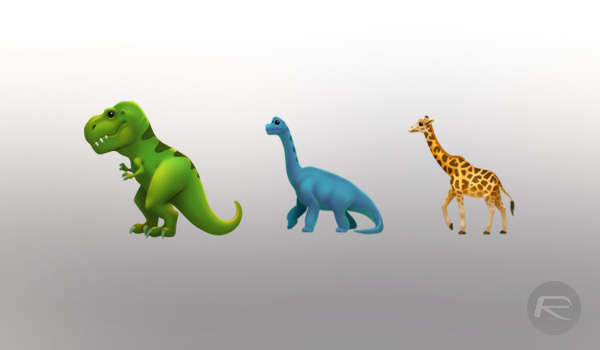 Apple has been teasing this new round of emoji releases for weeks now, and the release of the software update now brings them to the devices of all users. Everyone will have their favorites out of the 240 new additions, but I’m a fan of anything that involves dinosaurs, so without a doubt, my top picks would be the new jurassic period-inspired offerings. Fans of mermaids can enjoy a whole host of new emoji relating to the finned wonders, and those from England, Scotland and Wales also have new emoji flags to call their own. We also found a new emoji that reminds us ever so much of movie star Burt Reynolds, so see if you can pick that one out and come back to us!

iOS 11.1 was released on October 31, 2017 and includes 240 new emojis including Giraffe, Face Vomiting, Genie, Sauropod (dinosaur) and more. A number of existing emojis changed in this update, such as Honeybee, Ram, and Tumbler Glass.

These emoji updates are included as part of iOS 11.1 for iPhone and iPad, macOS High Sierra 10.13.1 for Mac, watchOS 4.1 for Apple Watch and tvOS 11.1 for Apple TV, covering the entire suite of Apple software platforms and releases.

You can view all 240 new and updated emoji in the image below.