With so many different takes on the archetypal smartphone from various manufacturers, it’s often difficult to surmise the size of your next smartphone unless, like choosing a dog from the rescue home, you pay it a visit to Target in advance. Please, don’t take that as a cue to go and create a comparison website though, since we already have far too many of those, and in most cases, they don’t offer anything we don’t already know. Well, that was until the rather striking offering of phone-size.com. Much more than a simply mind-numbing table of specs allied to a pixelated image, phone-size lets you compare the size of your phone, versus the size of someone else’s. Interested? More after the jump! 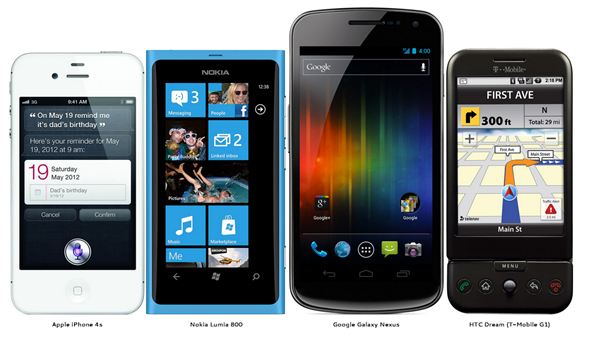 See at phone-size, there’s no scope for cheating, and your device cannot made to look bigger than it actually is. This is because the site’s tools let you adjust the pictures to fit your screen, giving an accurate, life-size comparison of as many devices as you care to measure. Also included is info on the screen measurements (in inches, darn imperial measurements) as well as resolution, and dpi.

Jokes aside, phone-size is a pretty invaluable tool in gaining a true idea of how a prospective purchase may look once unboxed. We all know the Galaxy Note and Dell Streak are fairly huge, boasting large screens and, in most cases, needing two hands for operation. But those facts may not necessarily be apparent unless placed up against the comparatively average iPhone 4S. 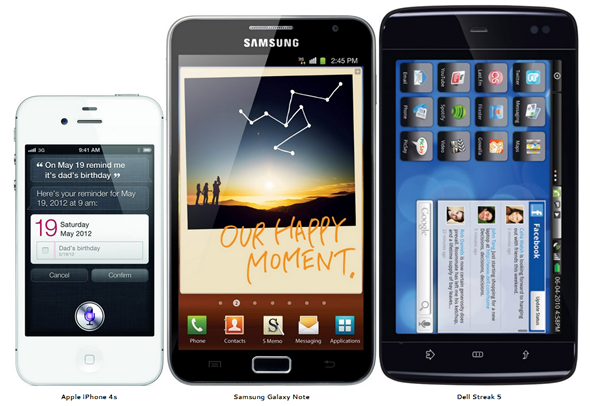 Let’s face it, if you ordered the Note on Amazon, thinking it was an iPhone-like alternative running Android, you’d probably end up sending it back, and if you were to persevere, you’d probably wind up with repetitive strain of the hand.

The notion that bigger is better has been proven – with the iPhone keeping competitors firmly at bay – to be pretty bogus. But where do you, our lovely readers, stand on this debate? Leave your thoughts via the usual mediums below!

Head over to this link and start comparing phone sizes.