Change The Default iOS Theme Color On iPhone With ‘Accentify’

The so-called ‘walled garden’ of iOS is hardly renowned for its customizability, but thanks to the freedom brought about by a jailbreak, the look and feel of the Apple mobile OS can be morphed and manipulated in all manner of ways. A new Cydia entry by the name of Accentify is one such tweak, sneaking into the iOS API and delivering universal changes to the entire, predominantly off-blue color scheme. If you’ve grown somewhat bored with the rather dull, uninspiring appearance of your iOS device, Accentify could be just the lick of paint needed to liven things up.

One you install the Accentify tweak onto your device, you must take a trip over the Settings app to configure it to your requirements. From there, you can choose from one of eight preset color configurations and after a respring, you’ll instantly notice the difference; as illustrated by the screenshots below: 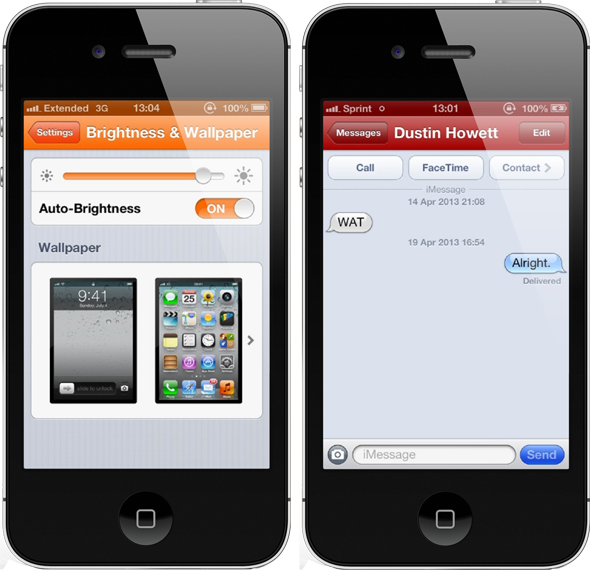 As you can see, Accentify really does help your device to stand out from the crowd. What’s more, contrary to what some of you will no doubt have presumed, Accentify does not require WinterBoard. With any Cydia tweak offering this kind of depth of customization, the prerequisite of WinterBoard is often assumed to be a given, but this lightweight tweak does not require the rather hefty presence of the Saurik-created theming tool.

If I were being overly critical, it would perhaps have been nice to see some color sliders thrown in with Accentify, allowing the user to select precisely the weight and hue of the colors used. Those included here are predominantly vibrant, and while this is by no means a bad thing, it’s understandable that one some occasions, one may wish to go with a more understated look. 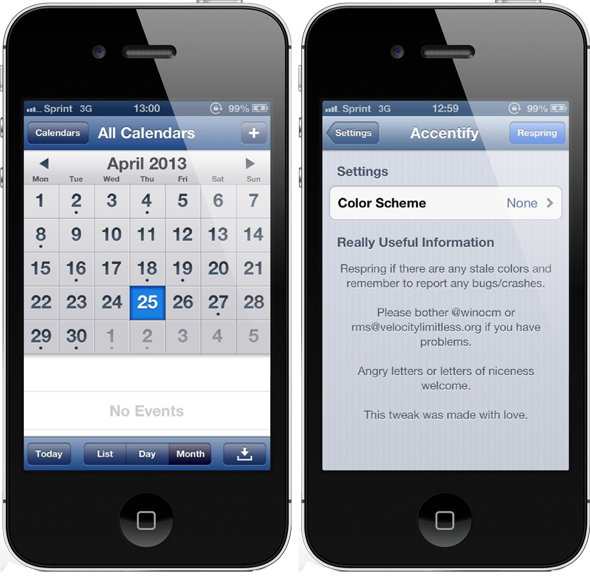 Accentify costs just 99 cents from the BigBoss repository, and if you’re an avid themer, it’s money worth spending. Even if you’re not, but simply wish to rejuvenate the aesthetics of iOS a tad, this one is worth picking up.

Download it, give it a try on your device, and be sure to leave your comments down in the comments section below!