Carmageddon was hugely popular back in the 1990s, though perhaps due to its controversial nature more than anything else. The automobile combat game spawned many copycats, but Carmageddon still holds a special place in our hearts.

Fans of the game who happen to own an iPhone have been able to play Carmageddon for iOS on the move since late last year, but those packing Android devices have been out of luck. That’s why a Kickstarter project was set up to get Carmageddon onto Google’s platform, and today that bore fruit – a full day earlier than expected.

Whilst the game is indeed available right now, it’s not quite as simple as that. See, the game is currently free, and it will remain so for the first 24 hours of its release. After that, the price goes up to a couple of dollars. But wait, the Play Store doesn’t allow free games to suddenly become paid-for titles, so what gives? 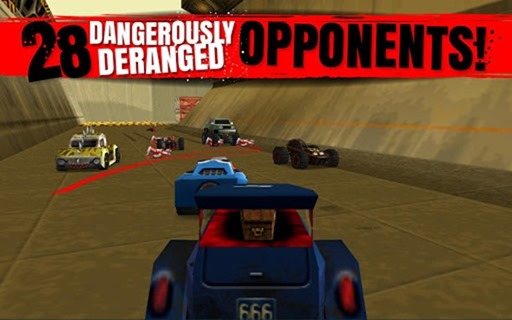 Well, the free, PROMO release will essentially go AWOL once that 24 hours period is up. That means no updates, no bug fixes, no nothing. At that point, a free DEMO version will be released alongside the full, paid-for version. It’s not ideal, but here’s how the developers explain it:

After the first 24 hours of its release, the PROMO version of the game will be removed from Google Play and will no longer be available. Subsequently, thePROMO version will be unsupported because we have no way to update the title once it’s taken down.

At the end of the day, you’re talking a couple of dollars based on that £1.49 price, which is certainly not going to break the bank. 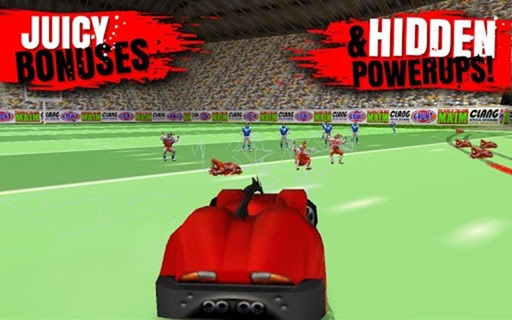 As far as the actual gameplay is concerned, you’ll face 28 different opponents across a range of 11 environments. Racers can participate in a 36 level career mode, and use the instant replay feature to relive their best takedowns. Sounds good, doesn’t it?

(Source: Carmageddon for Android Full / Promo on the Play Store)