There were plenty of question marks raised when Samsung first announced its eagerly-awaited Galaxy S III device, the most puzzling being the lack of a black version. Invariably, the black version of a smartphone is the standard, with colors like white and, as Samsung calls it, "pebble blue," being options for those looking for something a little edgier.

The Samsung Galaxy S and Galaxy S II both retailed in black by default, and the move to omit the darkest shade from the initial S III roster was thought to have been influenced by Apple. With the Cupertino company having taken its Korean rival to court several times worldwide prior to the most recent, ongoing patent dispute in San Jose, it was widely presumed Samsung had consulted with its legal team heavily during the design of its now flagship device.

Although Apple doesn’t have ownership over the color black, it was seen as one less similarity for Samsung to worry about, but in the past week or two, the prospect of a black Galaxy S III has gone from a couple of murmurs in the blogosphere to a full-on witch hunt. In the very latest, one UK retailer has offered even more details about the handset.

Clove Technology has said it will begin receiving stock of the black Galaxy S III in the early part of October, and to add a little extra excitement to proceedings, has also revealed the black edition will ship with 64GB of internal storage. The larger storage bracket was always arriving at one point or another, and those who like to have plenty of space for apps, games, and other content, will be able to bump that 64GB up to an impressive 128 GB with a microSD card. 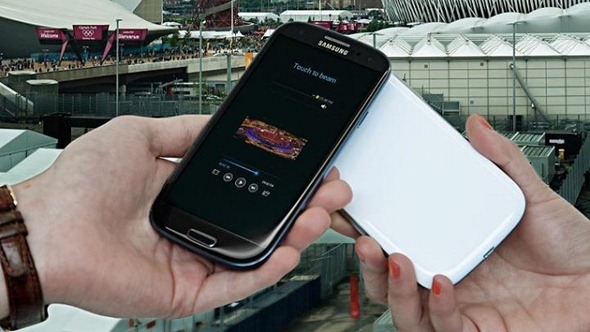 Smartphone retailer MobileFun also suggested the black S III was 1-2 months away, so for those who like black devices and lots of storage, your wait will soon be over. Nothing has been uncovered with regards to pricing, and it is also unclear whether the 64GB option will be exclusive to the black handset.

Still, history tells us that the 64GB version won’t be cheap, so if you’ve plans to pick one up, you’d better start saving those pennies.