The wonderful Black Friday deals were always going to ensure that some wonderful home automation-based hardware filtered to the top of the pile. With this deal, you are going to be able to save a huge 44% when you purchase a performant Ring Video Doorbell 2 system complete with an Amazon Echo Dot thrown in for good measure.

Hardware manufacturers who specialize in creating home automation products are always going to see the value of creating bundles that include voice assistant-based speakers and gadgetry. It just so happens that the maker of Echo Dot is also the owner of the Ring company which makes Video Doorbell 2, so it makes perfect sense for Amazon to bundle these two products together. Especially considering that there is a synergy between the functionality of the video doorbell and the ability to dish out voice commands to the Echo Dot.

The first aspect of this deal is the Video Doorbell 2 system by Ring, which, incidentally, is now an Amazon-owned company. Rather than having visitors simply knock on the door or come otherwise unannounced, the Ring system puts the home-owner in control by allowing them to see exactly who is standing at their property with full HD real-time video, as well as being able to speak directly to that person with two-way audio functionality. It even lets the home-owner see and speak to the visitor from anywhere in the world in real-time meaning that they don’t necessarily need to be home to protect their property and give the illusion that they are on the premises. 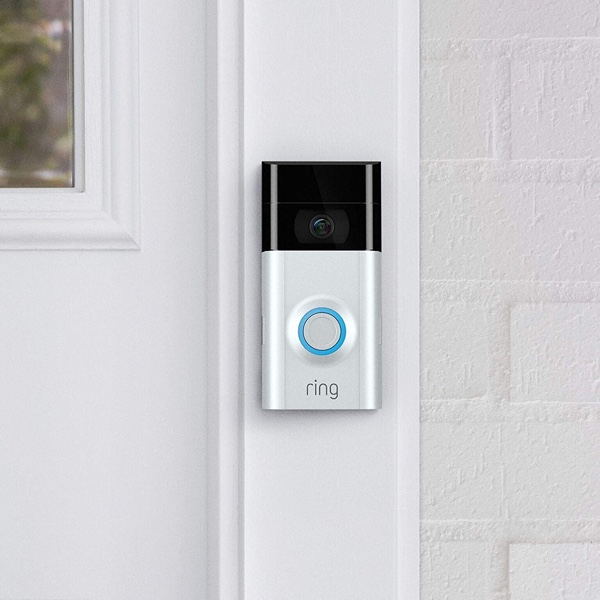 The secondary unit in this deal is Amazon’s third-generation Echo Dot which comes complete with a gorgeous new design and built-in Alexa functionality to facilitate voice control. This hardware not only acts as a decent speaker but also enables hardware within the home to be controlled via voice and acts as an always-on, on-demand voice assistant that can perform tasks, create lists, invoke commands, and, of course, access the Ring Video Doorbell 2 system that is also part of this deal. A definite hardware combination made in heaven with a 44-percent discount available, right now!