Google and Apple’s partnership has been a shaky one at best, especially when it comes to iOS devices. Earlier on, Apple dropped Google Maps integration from iOS as the default maps and navigation app for iPhone, iPad and iPod touch in favor of its own Maps app, and YouTube was pulled from the list of stock apps as well, forcing Google to make both of these apps user-downloadable ones from the App Store. Now, it seems, that the default search provider for iOS Safari browser is up for grabs as well, as Google’s contract is close to termination, and sources say that Bing and Yahoo! are both vying for the top spot.

Google has been the default search results provider in the iOS version of Safari since the first iPhone saw the light of day back in 2007, and it has enjoyed this exclusivity for quite some time now. Apple went on to add Bing and Yahoo! as user selectable options later on, but let’s be honest; hardly anyone would bother changing the default settings, especially if the provider is as good as Google. 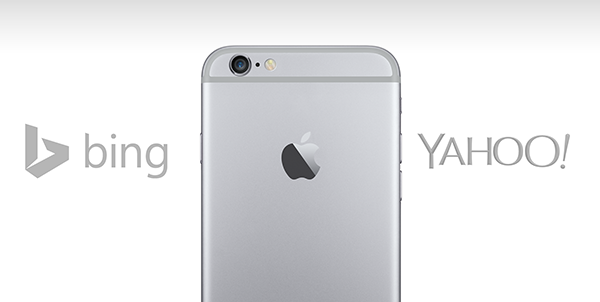 However, with the battles that have raged on between the Cupertino tech giant and the Mountain View company over patents and the fact that Google’s Android is iPhone’s fierce competitor, it won’t come as a surprise if Apple chooses not to extend its partnership with Google on this front.

Despite having been user configurable options for Mobile Safari on iPhone, iPod touch and iPad, both Microsoft and Yahoo! have been wanting to get their status upped as the default search provider in Apple’s native iOS browser, especially since Apple holds one of the largest chunks in mobile Web traffic across the globe. 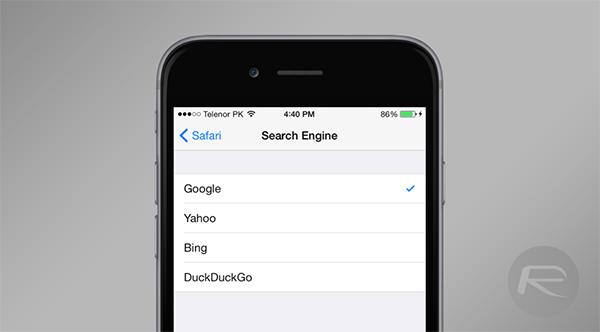 Microsoft has had more luck on this front when it became the exclusive search partner for Apple’s Siri; the virtual assistant that we’ve all grown so fond of. From a logical point of view, it would make more sense to have Bing take precedence over Yahoo!, since the Cupertino company already relies on the former for one of its mobile OS’s core areas.

That said, I’ve never really favored Bing or Yahoo!’s results over Google’s, and I don’t see how many other users will see differently about that. Nevertheless, it will be interesting to see who ends up grabbing the top spot as the battle rages on.