As part of their ongoing dedication to produce the next perfect version of their mobile operating system, Apple has pushed out the fourth beta of iOS 6 via the official development portal, accessible by registered developers of the iOS program. As you would expect, the update brings some evolutionary changes as well as improvements and stability enhancements.

There is also a part of the latest release that has taken some users aback, which is the total removal of the YouTube app from iOS. The more switched-on amongst iOS users will  have noticed that YouTube links stopped invoking the YouTube app in beta 3 of iOS 6, but it seems that the next step for the company has been totally removing the YouTube app altogether in iOS 6 beta 4. 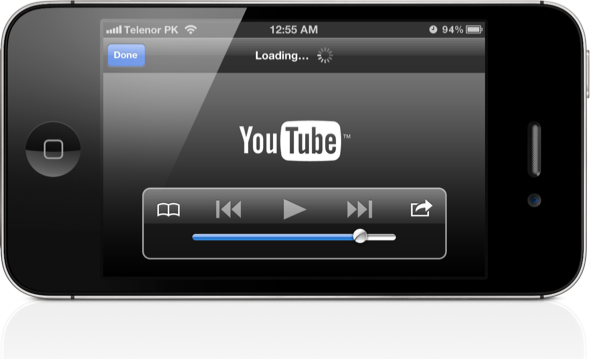 With Apple rolling their own mapping software as part of this next-generation software release, the removal of the YouTube app has led some to believe that relationships are souring between the Cupertino giants and Google, but according to an official statement by Apple this may not be the case:

Our license to include the YouTube app in iOS has ended, customers can use YouTube in the Safari browser and Google is working on a new YouTube app to be on the App Store.

Apple was quick to point out that their license to include the YouTube app has expired and that it will no longer be offered as part of their mobile software. The company has also continued on to let us know that Google is planning their own build of YouTube for iOS that will be offered via the official App Store, presumably as a free of charge download like their other official apps such as their Gmail and Google Drive apps.

The initial reaction to the removal of the YouTube app by those who have installed the latest iOS 6 beta seems to be one of dismay. However, if you look at this from another angle, it represents a perfect opportunity for Google to release a beautiful and perfectly designed YouTube experience that resonates with users, rather than the bland and largely untouched app that we have become used to using on the iPhone, iPod touch and iPad devices.