As was the case with the iPhone releases last month, the announcement of two new iPads is likely to drum up a series of special trade-in offers throughout the retail market, and, as ever, Best Buy is leading the way. Through November 9th, the retail chain will be offering $200 credit for your old iPad, which you can then put towards a newer model, and although, as is often the case, you stand to lose quite a bit compared with selling privately, you don’t then have to go through the rather tiresome rigmarole of waiting for payment, making provisions for potential dispute, packing up and sending the device.

Best Buy is usually atop the pecking order when it comes to promotions, and in particular, when said offer pertains an Apple product. The world is naturally rather excited by the Retina iPad mini 2 and the iPad Air, so in order to cash in and entice consumers into its stores, the trade-in of $200 should help this process along.

As ever, there are a couple of terms and conditions that need to be met before one can enter the store and trade-in a used iPad. Running from October 22nd to November 9th, the second-hand iPad must show evidence of its working order by powering on, and naturally those with cracked screens or any kind of significant damage (i.e. water contamination) will be ineligible.

Considering that the iPad mini with Retina display starts at a cool $399, trading in your older model will allow you to pick up the entry-level Wi-Fi version for less than half the asking price. The iPad Air, at $499, is a touch more expensive, and considering how both the smaller and larger iPads are virtually identical aside from display size, one suspects the smaller, significantly cheaper model will be in higher demand when both become available to consumers. 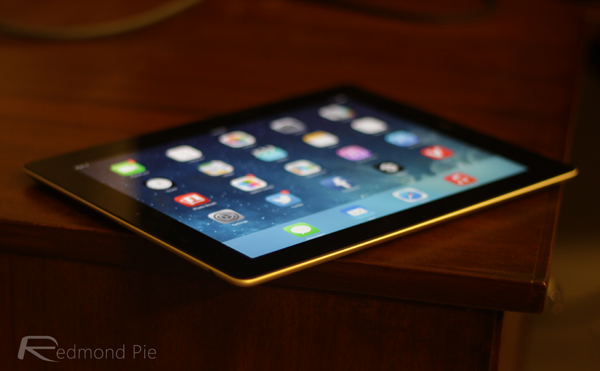 The trade-in is on offer at all Best Buy Stores throughout the United States, and so if you’ve seen enough in the new iPad mini or iPad Air to make the purchase, then you might want to factor in your current model as a way of saving some money, time and effort.

It’s up to you to decide whether you want to go with Best Buy’s offer or stick with other channels for selling your iPad.