We’re big fans of the Iron Man series of films here at Redmond Pie, and we’re going to go out on a limb and guess that you probably are, too. The movies always do extremely well at the Box Office, and home format sales tend to be pretty great too. That’s why Marvel said they were launching a JARVIS-inspired iOS app not long ago along with the launch of Iron Man 3 movie on iTunes, and that app is now live on the App Store.

Available to download for free and compatible with both the iPhone and the iPad, Marvel’s Iron Man 3 – JARVIS: A Second Screen Experience app hopes to bring a slice of Tony Stark’s life to us all. 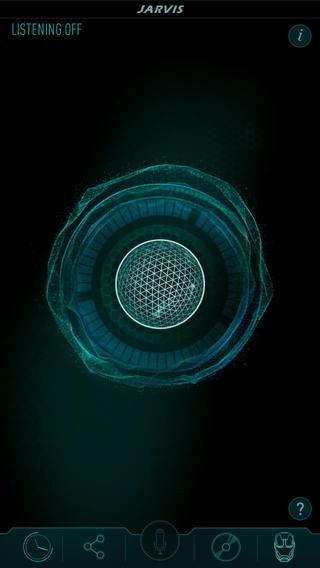 The app actually has two angles to it. Firstly, users will be able to interact with JARVIS using their voice, with the Siri-like experience letting them set alarms, check weather forecasts and post messages to Facebook, amongst other activities. Think Siri but with the voice of JARVIS and a decidedly Iron Man bent, and you won’t be far off.

The second angle touts the app as a second screen device, allowing movie watchers to tie the app into their Blu-Ray player and effectively control the movie experience using their voice. We’re not 100% sure how well that’s going to work, but the idea certainly has our interest piqued.

Ever wonder what it’s like to be Tony Stark? Download the one-of-a-kind, interactive experience app hosted by JARVIS to your iPad or iPhone and find out. Just like the real JARVIS, you will be able to interact with him using your own voice. Create customized alarms to wake you in the morning, download ringtones, check the weather, post to Facebook and more! Sync the app to your Blu-ray player to unlock hidden files and suits embedded throughout the disc, and experience the first-ever voice controlled Blu-ray! 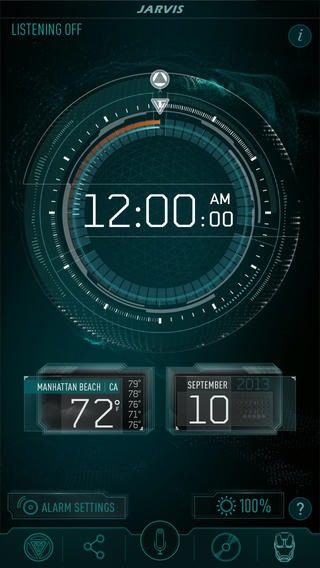 Movie tie-ins are no stranger to the App Store, but with Marvel’s new Iron Man app it’s clear that things are being ratcheted up a notch. If you’re a fan of the movies, or just like the idea of being able to talk to JARVIS just like Tony Stark, then this app is well worth downloading. It’s free, so what’s stopping you? 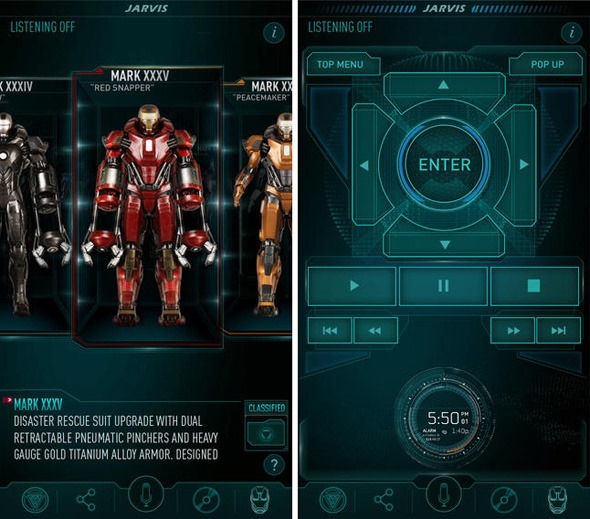 If Iron Man is your bag, you can download the Iron Man 3 iOS game, too. Go on, you know you want to.