Battery life on smartphones is, for the most part, pretty poor. The old Nokia cellphone of the late 1990’s could manage days and days of usage without giving in, and although the current array of handheld phones offer a great deal more than Snake, and.. erm.. the Nokia Tune, the price one has to pay in terms of juice retention is pretty staggering.

As an iPhone 4S user, and a previous owner of an iPhone 4 and iPhone 3GS, I can vouch that the iPhone’s battery has never been particularly great. In fact, it’s been less than impressive compared with a host of other smartphones, but in its defense, it’s certainly gotten better as time has progressed.

Now September 12th has been confirmed as the date of the big announcement, we’re entering the home straight in terms of rumor roundups, and most features revealed hitherto look like dead-certs. As we become carried away in the swirling vortex of quad-core processors, larger screens and 4G LTE, the performance of the battery is certainly as important a hardware upgrade.

Having a slick smartphone is one thing, but if the battery cannot hold its own (I’m looking at you, Nokia Lumia 800), then it’s essentially an expensive piece of junk. Browsing the web at light-speed and watching streaming content is great, but if you cannot make a call or send an SMS later in the day, there’s not much point in having it.

In what appears to be good news, it does seem as though the iPhone 5’s battery will be able to cope with the new hardware. No, it’s not going to compete with the Motorola DROID RAZR MAXX (which, by the way, can manage an almighty 20 hours of talk time), but certainly seems as though it’ll be able to hold its own.

iDevice repairs outfit iResQ has posted photos of the new battery next to that of the iPhone 4S to put things into perspective, and as we’ve learned in the past, iPhone 5 battery runs at 3.8 volts whilst possibly including a new chemical composition allowing a maximum of 5.45 watt-hours. Not bad, especially compared with the 3.7-volt 5.30 watt-hour battery of the iPhone 4S and aesthetically, it’s of the same thickness, but slightly taller than that of its predecessor. 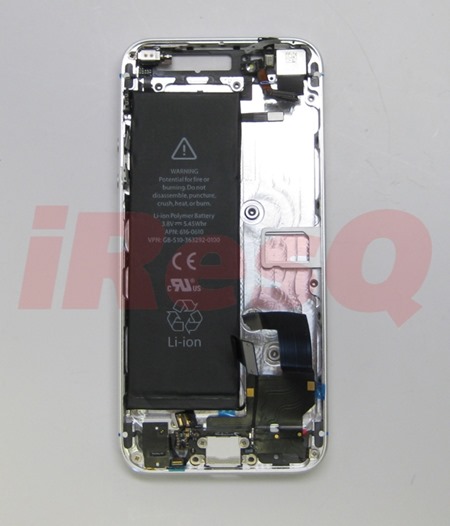 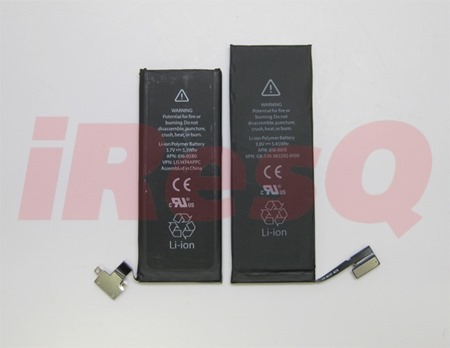 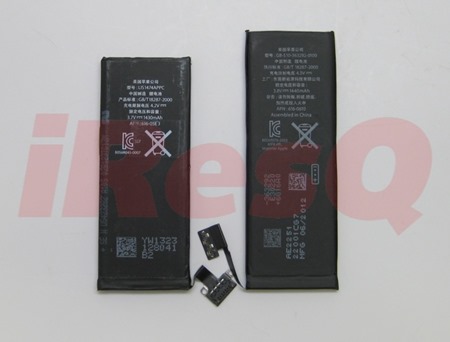 The connector is on the other side of the battery, since it’ll be in a different place within the new iPhone, but considering the iPhone 5 itself will be about 15 percent thinner than the iPhone 4S, we’re very impressed it’s still of the same depth.

There’ll undoubtedly be those iPhone fans wishing Apple would keep the same thickness as the iPhone 4S, instead offering more battery life instead of thinning the unit out, but with the pressure Apple puts onto itself to go thinner and lighter every time, there’s little-to-no chance of that happening. Ever.