In the fast-moving world of technology, we’re used to anticipating the next great gadget or game for months on end, but when it comes to Apple products – or specifically – the iPhone, the goalposts are moved once more. Rumors and speculation have been surfacing on at least a weekly basis since the release of the iPhone 4S last October, and after a seemingly endless barrage of murmurs and leaks, we can finally and officially begin counting down to its predecessor.

Apple has released invitations to a special media event which will be held at the Yerba Buena Center for the Arts, and for those in any doubt about what’s going to be the topic of discussion, each invite is inscribed with the words “It’s almost here”. It will fall on, as predicted, September 12th, and although we won’t know when the device will officially launch until Tim Cook et al reveals the key dates on September 12th, history tells us it will be the following week. 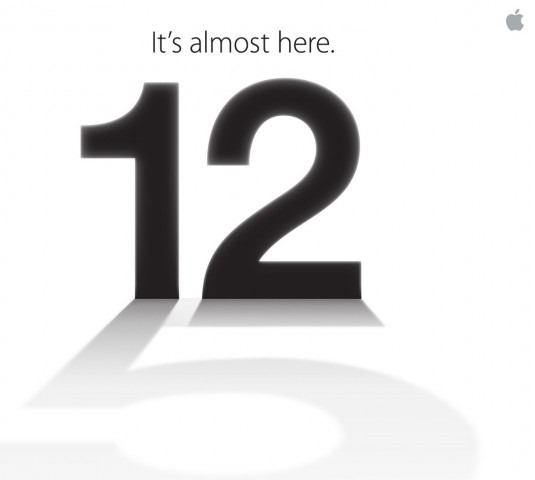 Last year, the blogosphere was adamant we were going to see an iPhone 5 – a complete design overhaul inclusive of many exciting-looking, dreamed-up features. That particular device never reached fruition, though, and we were left with something that looked exactly like the iPhone 4 but with better internal hardware. Techies were satisfied, if not delighted with the dual-core processor, bumped snapper, and 64GB memory option, while those looking for something new to show for their new device got their fix with the divisive Siri voice-recognition implement.

This time around, the hardware leaks, words from “those familiar with x, y and z,” and general consensus suggests that we have got a fairly strong idea of what to expect, and while the design is not expected to change as significantly as some would perhaps have liked, the next iPhone’s upgrades are set to be as good as it gets.

A quad-core chip, 4G LTE, larger screen and more RAM are just a few of the anticipated improvements, and with the device being the first to pack in iOS 6, don’t be surprised to see it sell in huge numbers as the holiday period approaches.

As usual, we’ll be covering the special event in great detail here at Redmond Pie, so be sure to stay tuned to our coverage!

A quick little hint about the name of the device: do you see the “5” in the shadow?