The extremely popular and highly enigmatic nitoTV is back once again! This time, one of the hardest workers and most underrated individuals in the jailbreak community, has released a jailbreak for Apple TVs running tvOS 10.2.2 to 11.1.x called backr00m.

Jailbreaking is the hot topic of conversation at the moment. This is largely due to the various conversations which have happened over the last few weeks and months relating to the iOS 11.3.1 jailbreak and the resulting Electra 1131 IPA which has followed. 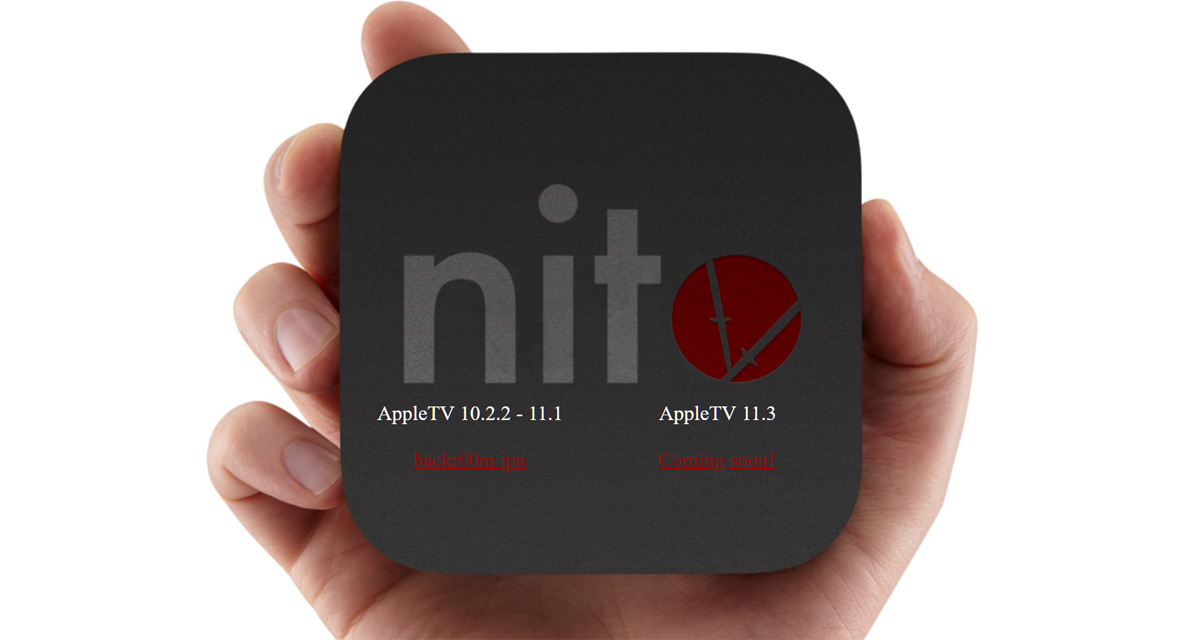 However, it’s incorrect to assume that everyone in the jailbreak community is solely interested in liberating their iPhone or iPad hardware. As we have previously learned, the Apple TV ranks quite high in the world of jailbreaking with a lot of Apple TV owners wanting to learn more about what can and can’t be achieved and whether or not a jailbreak would be useful to them.

This particular jailbreak has been packaged together and pushed out into the community by nitoTV. That name regularly crops up when you talk about tvOS jailbreaking as he is pretty much one of the lone rangers who has dedicated himself to liberating Apple’s set-top box rather than focusing on iPhone and iPad hardware.

The backr00m release is capable of jailbreaking Apple TV 4 and Apple TV 4K HDR running tvOS 10.2.2 through to tvOS 11.1.x and comes complete with software and inclusions from various well-known individuals in the community, such as PshycoTea, CoolStar, nullpixel, Pwn20wnd, S1guza, and JayWalker.

nitoTV has also confirmed that an additional jailbreak by the name of electraTV will be coming soon for Apple TV units running tvOS 11.3.x, which, of course, will be based on the most recent work by CoolStar and the Electra team and will include exploits by the exceptionally talented Ian Beer of Google’s Project Zero. There is no announced time for electraTV to be released but it will definitely appeal to those individuals who have taken their Apple TV up to tvOS 11.3.

Releases aside, it’s wonderful to see that dedicated work is still taking place as far as Apple TV and jailbreaking go. A great deal of focus is often placed on liberating iPhone and iPad from Apple’s walled garden but rarely is Apple TV included in that analysis.

To get started, simply head over to the following URL: nito.tv