Changing how iOS handles notifications is one of the biggest reasons to jailbreak, at least in the pre-iOS 7 beta days. There are countless tweaks in Cydia for doing just that, and as many again that change the way the iOS lock screen looks and functions. It’s arguable that the lock screen is the area of our iPhones that we see the most, so having it work just the way you like it can be of high importance to many – that’s probably why there are so many tweaks, really.

The latest jailbreak tweak that promises to alter the iPhone’s lock screen experience for the better goes by the name of Ayra, and it costs $1.99 from Cydia. It’s available to download now, too. 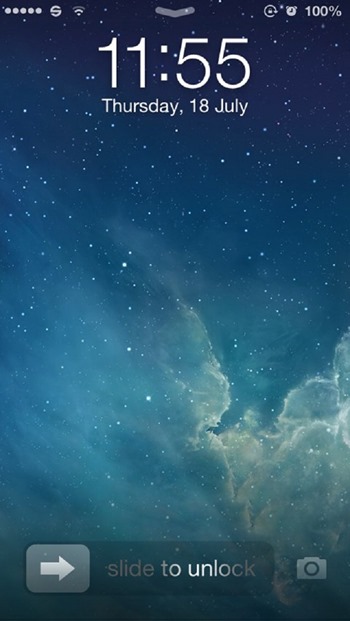 What Ayra does is add a Notification Center of sorts to the iOS lock screen – it’s available for both iPod touch and iPhone currently, so no iPad support – in a similar way to how iOS 7 beta does. It even features the same pull-down prompting arrow that anyone who’s seen iOS 7 beta in action will recognize. It’s a slight visual cue that looks the part, that’s for sure.

Once pulled down, Ayra offers up a collection of quick setting toggles, sixteen in all, as well as the redesigned notification handling that is possibly the star of the show. Tapping an individual notification allows interaction with it, with emails offering up a preview as well as the option to reply. Tapping that option sees the Mail app launch, and away you go. Pretty standard stuff if you’re used to the liked of LockInfo, for example. 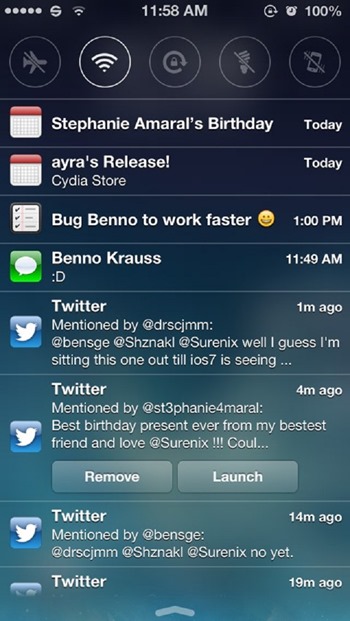 The lock screen itself has had a lick of iOS 7-colored paint in general, with the slide-to-unlock area now much more transparent than the stock iOS 6 version. We like it, and anything that shows off our wallpapers more has to be a good thing. Again, this can be done by other tweaks, but this is all built into Ayra from the ground up, so one tweak has you set. 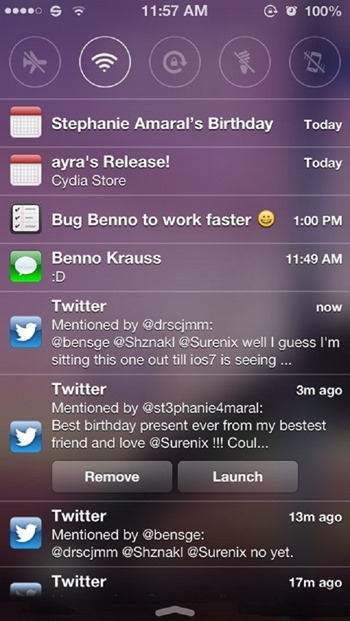 Ayra is still in its infancy, and is currently still a version 1.0 release. We expect it to grow over time, but right now it’s not a bad place to be starting from. If you like to tinker with your lock screen, then this is a good place to start.

You can download Ayra from the BigBoss repository via Cydia for a price of just $1.99.