Awesome Music Controller For iOS: Take Control Of Your iPod Music With Built-In Notifications And More

Devices such as the iPhone, iPad and iPod touch have an almost unlimited array of features, and with every next-generation release, that feature set is expanding through the use of more advanced hardware and more intuitive and intelligent software. You only need to look at the original iPhone to see the progress through the years, with the addition of new hardware sensors and faster processors along with serious advancements made within iOS.

One of the main aspects of an Apple device that hasn’t changed much over the years is the iPod or the Music app which allows playback of local music stored on the device, or music in the cloud through iTunes Match. The application has remained pretty much consistent from the beginning, with only a few little features being added. With Apple pretty much single-handedly creating the digital music scene with the launch of their iPod lineup and the iTunes online store, it stands to reason that music is going to be an important aspect of their products.

A number of developers have created tweaks and enhancements for the Music aspect of a device which have been uploaded and made available through the Cydia store, with a developer known as DrComputer IT offering the jailbreak world his Awesome Music Controller extension. It doesn’t seem that a great deal of thought has been placed into the name of this tweak, but it certainly gives users an indication of what will be included with the download. The music controller offering functions in similar fashion to the MusicCenter tweak that some jailbroken users may be familiar with and offers the following abilities: 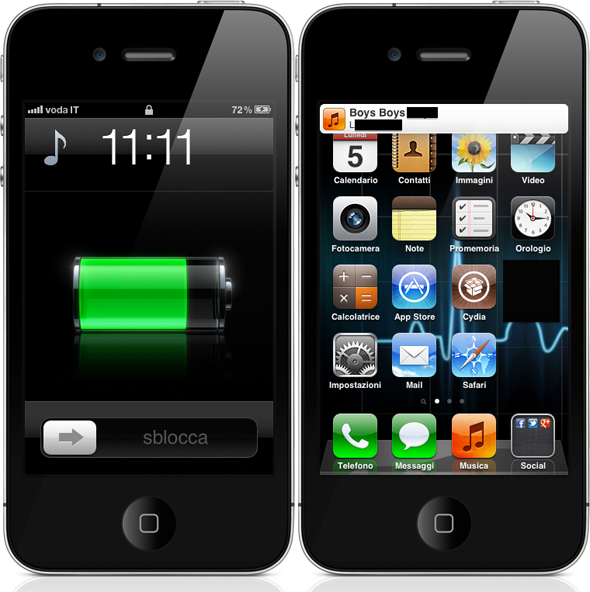 The tweak does offer a very specific core set of features purely relating to the music side of the device which some users will definitely benefit from. The short and sweet version is that; Awesome Music Controller will let users play and change songs without ever needing to use the Home button. Whether or not the circumvention of the Home button is worth paying $0.99 for is another question altogether.

Awesome Music Controller is available from the BigBoss repository for $0.99 and requires iOS 5 or above.