In an official press release, United States-based mobile carrier AT&T has officially announced that it has begun testing cross-network Voice Over LTE calls in specific parts of its coverage areas. America’s second largest mobile network has been talking about VoLTE services for quite some time, but has seemingly been quite slow to get the service off the ground and up and running for its subscribers. That VoLTE seems to be officially gathering pace with this announcement, with the aim being to offer HD calls across its LTE network to all subscribers in all areas.

The company had made an announcement earlier this month stating that initial testing of VoLTE showed that “performance was strong,” and that the company’s goals were to bring HD audio and advanced video calling features to those AT&T subscribers wanting to contact customers on other carriers. Things have obviously progressed rather rapidly in the pursuit of that goal as the company is now reporting that it has placed its first “VoLTE exchange between [their] customers and another carrier in limited, select areas.”

AT&T is also taking the opportunity to wax lyrical about the far-reaching capabilities of its VoLTE network. The Big Blue Network claims that its VoLTE network currently offers coverage to more than 295 million Americans spread across multiple carriers. A massive 27 million, or 9.15%, of that reach are active AT&T subscribers. The good news being that AT&T has created its VoLTE network to ensure that those with a capable device get immediate access to the network and services when it becomes active in their areas as part of the staggered roll-out.

There’s no specific timescale given by AT&T on when this new HD audio calling feature will be rolled out across all subscribers, but if you happen to live in one of the unspecified “select areas”, and have a friend or acquaintance on the unspecified carrier that is supported, then the chances are you can try it out right now. When VoLTE does eventually roll out, it will join a number of other features introduced during 2015 to the AT&T universe that fall under the network’s Rich Communications Services platform, such as Wi-Fi Calling, NumberSync, and Advanced Messaging. 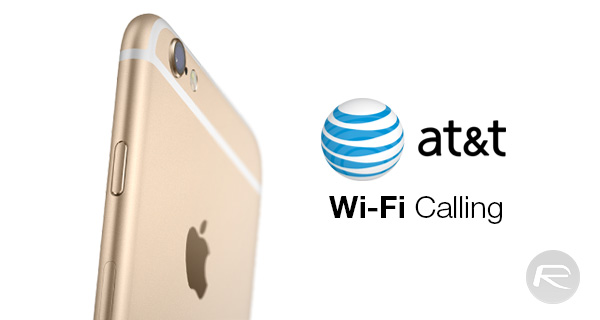 Let’s hope those crisp, clear HD calls are worth waiting for.