At the moment, cricket fans are in the midst of a key period in the cricketing calendar, especially those from England and Australia as both nations battle it out in the Ashes tour. It stands to reason at a time like this, that cricket fans will be more inclined to play cricket games as the excitement of the series takes hold, and naturally, developers have obliged. But 505 Games, the company behind the Steam title Ashes Cricket 2013, must have gotten a little too caught up in the hype, for the game is so bad and unplayable, that the plug has been pulled on the game completely. It gets better, though, for while games being cancelled is just part and parcel of the business, Ashes Cricket 2013 has already been released!

Cancelling a game after it has already made its way into circulation is a pretty drastic course of action to take, but in the case of 505 Games’ disastrous attempt at a cricket game, the move was deemed necessary. If it had been the case that the game simply wasn’t quite ready and thus, riddled with bugs, then developer Trickstar could have simply delayed the release, or worked tirelessly to remedy the issues and give cricket fans what they deserve and paid for. 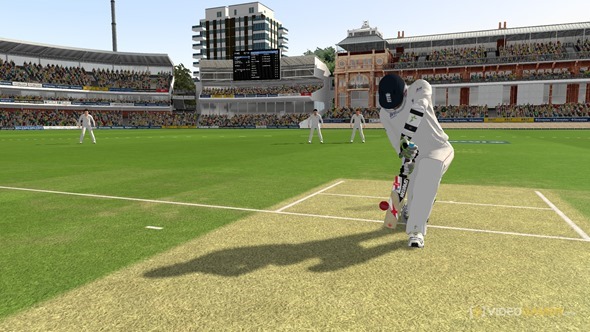 However, the decision early on the title’s creation to use a gaming engine that nobody at Trickstar could get to grips with has proved a fatal mistake, and with 505 releasing a statement placing the majority of the blame on the developer, the Ashes Cricket 2013 publisher now has the thankless task of issuing all purchasers a full refund.

In a lengthy and apologetic statement, it’s clear that 505 is happy for Trickstar to take the rap, but one has to wonder what a respectable publisher, as they would probably like to be considered, was doing releasing a game in the first place that simply made a mockery of paying consumers.

The statement gets a little bit pitiful towards the end, with 505 seeming to apologize to cricket in general, like its shoddy game has damaged the worldwide reputation of a sport that has been around for many hundreds of years. Like I say, the consumer is the only one that really lost out here, and let’s hope there are no issues with refunds to those that paid good money for a title that would still seem awful if it were made for the first PlayStation.