Crowdfunding sites like Indiegogo and Kickstarter are a great way for individuals and groups to take an idea to the masses, and in the past few years, we’ve seen some truly weird, wonderful and genuinely innovative products and services grow from a simple video and description to items used by millions. As impressed as we’ve been, a new iPhone/Android-controlled paper Airplane proves once again that we can be surprised and inspired all at one, and when you’ve seen the clip of it in action, you’ll see why it has already smashed its funding goal several times over with over eight weeks still to run.

Kickstarter is a treasure trove of great invention, but every now and again, a campaign comes along that simply dazzles us. To even think about taking a product of school yard boredom and turning it into something more is, in itself, pretty awesome, but to create a fully operational, gracefully functional, iOS/Android-controlled paper airplane deserves a fair amount of credit and acclaim. 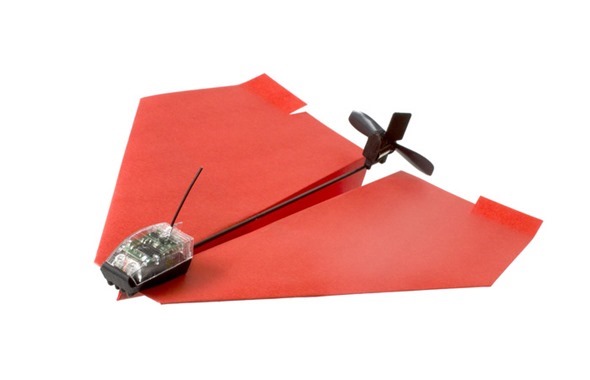 Named the PowerUp 3.0, it consists of a front engine and rear propeller connected by a lightweight frame, and once you’ve created a paper airplane to suit your taste and specification, you can then attach it to the PowerUp to it. Next, you fire up your iPhone, open the supplementary app, and from there, you can begin flying your plane around as you please.

It looks as though a great deal of research as been put into making this dream of a product a reality, and as well as flying rather smoothly, the range is also rather impressive. 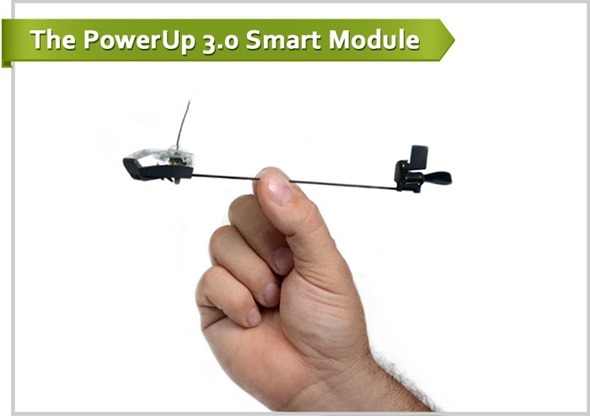 The only real drawback of this gadget, from what I can see, is the fact that when the airplane wisps past you, it does let out a high-pitched noise similar to that of a mosquito flying towards your ear. Still, if you can see past this minor caveat, as I’m sure you can, then head over to the Kickstarter project page and secure your very own iPhone-controlled paper airplane. 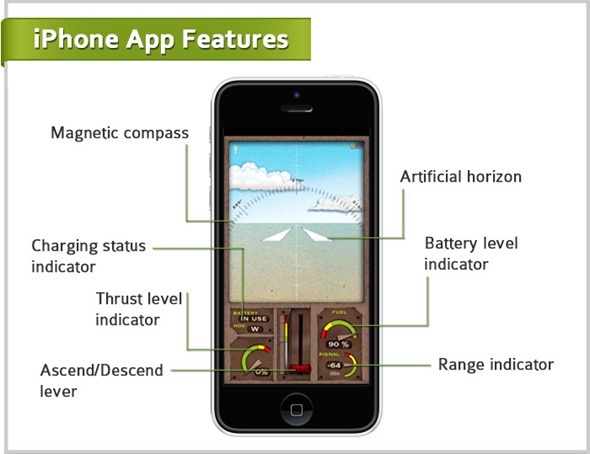 The PowerUp 3.0 has already raised more than $200,000, and considering both the fact that there remains 57 days to go and the fact that the team behind it were looking to raise funds of $50,000, this immensely cool product could be another Pebble-esque landmark in Kickstarter’s lifespan.

Check the video of the PowerUp in action below: