A new report is focusing on Apple’s potential plans to introduce a dedicated iPhone for the Japanese market with support for the country’s FeliCa payment technology, but also briefly touches on the possibility of Apple entirely removing the iconic Home button from the device in the 2017 iPhone.

Apple’s 2016 iPhone range – likely to be named the iPhone 7 and iPhone 7 Plus – will be unveiled to the world next month at a dedicated event, but rumors are already beginning to circulate about the ongoing future of the range.

This is by no means the first time that it’s been suggested that Apple holds internal plans to remove the mechanical Home button from the iPhone. The existing Home button has been one of the ever presents on Apple’s iPhone range after being introduced on the company’s first smartphone back in 2007, and has been a regular feature on every model since. With that said, there is growing speculation that Apple will look to move across to OLED display technology from 2017 onwards, which in turn will bring a new focus allowing the user to control and interact with the device entirely through the new display.

As part of that focus, the Wall Street Journal had initially floated the idea of Apple removing the Home button in favor of a touch-sensitive option that would potentially be integrated into a full device touch panel on the front of the future iPhone. To back that claim up, and to corroborate this latest report, KGI Securities has also reported on its belief that Apple will ship an all-glass design in the very near future.

They often say that there’s no fuel without fire, and given the fact that this rumor continues to surface, it’s very likely that there’s some substance to it. The challenge for Apple will actually be producing a beautiful design that manages to integrate the same functionality that the current Home button provides, but without the inclusion of a physical button. 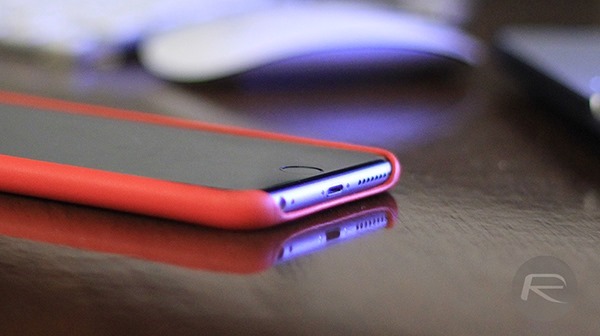 The 2016 iPhone, which is due for launch next month, will be the first iPhone to ship to market without the inclusion of the 3.5mm headphone jack, which in itself proves that the company is more than willing to make radical design changes for the greater good. How would you feel about an all-glass iPhone without the Home button?