Apple Working On Smart Modular Bands For Apple Watch, Here’s How They Will Work

A new patent filing by Apple has come to light, hinting at the possible future direction of bands that would accompany the company’s “most personal device ever”, the Apple Watch. The patent, titled “Modular functional band links for wearable devices”, suggests that Apple could be working to introduce a smart modular band system for the Apple Watch that could see consumers able to retrospectively introduce new functions and capabilities to the wearable through the use of add-on links that can be added and removed at will.

The patent basically highlights a potential future Apple Watch system that could introduce interchangeable strap designs containing embedded electronic modules and links that would hook directly into the Apple Watch’s diagnostics port to provide additional functionality to the gadget. One benefit of this type of integration would possibly negate the need for Apple to continually provide hardware refreshes to the Apple Watch, relying instead on offering additional modules. 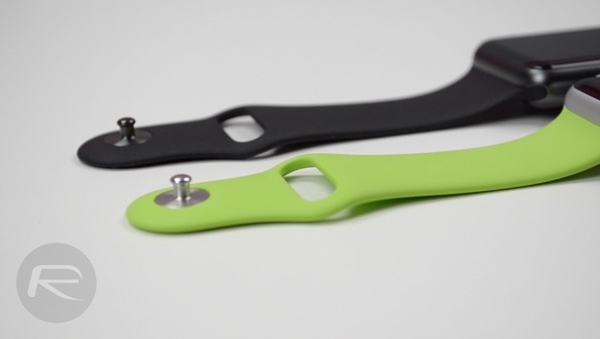 What’s particularly interesting about the proposed concept is that these modules wouldn’t simple work on a solo basis, but would introduce the ability to work in parallel with one another. This could be extremely beneficial to the end user as they wouldn’t need to choose between adding one single piece of functionality at a time.

The patent filing also takes things a couple of steps further by highlighting and describing a number of potential accessories that could be offered. That includes electricity generators, additional battery packs, blood pressure sensors, GPS positioning devices, camera modules, and even sensors that could detect and monitor sweat levels.

Those who have dissected the Apple Watch and genuinely thought about its design have been wondering about the existence of the diagnostics port for quite some time. Devices like the iPad Pro are starting to ship with a little Smart Connector port that allows additional accessories to be connected at the owner’s discretion. The diagnostics port on the Apple Watch has raised similar questions over the last twelve months, with many speculating that this type of an add-on system could be introduced in the future. 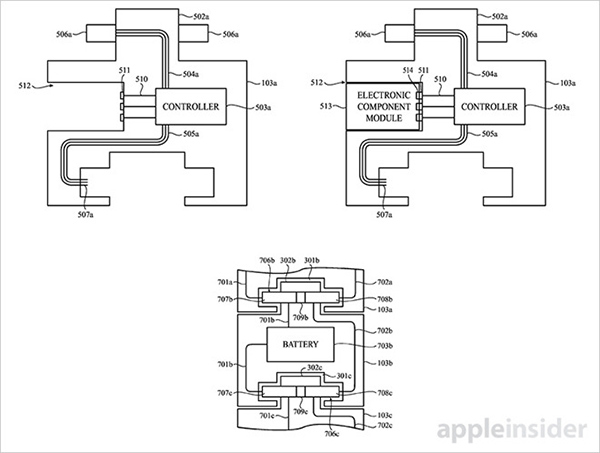 We aren’t sure when, or if, this new modular band setup will actually come into play, but the Apple Watch is expected to benefit from a hardware refresh later this year. There’s a possibility that Apple could make reference to this at the same time. Last month Apple had refreshed its Apple Watch lineup with the introduction of new watch bands and price reductions.