In its quest for ever-shrinking hardware, Apple has proposed a new, smaller SIM card for its connected devices according to Reuters. The new design, which is even smaller than the current iPhone 4’s micro-SIM has apparently already won the backing of French telecom giant Orange. 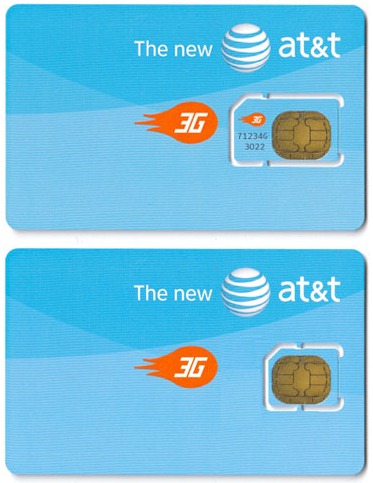 "We were quite happy to see last week that Apple has submitted a new requirement to (European telecoms standards body) ETSI for a smaller SIM form factor — smaller than the one that goes in iPhone 4 and iPad," said Anne Bouverot, Orange’s head of mobile services.

"They have done that through the standardisation route, through ETSI, with the sponsorship of some major mobile operators, Orange being one of them," she told the Paris leg of the Reuters Global Technology Summit.

As MacRumors points out, the new standard could be in smartphones as early as next year once technical details have been concluded.

Apple was the first smartphone manufacturer to move to the new micro-SIM cards when it launched the first generation iPad in January 2010 and has since moved its iPhone range to the smaller form factor. Smaller SIM cards enable designers and manufacturers to save space inside handsets, enabling them to either add new chips (and thus new functionality) or to shrink footprints. Both are considerations for Apple currently with talk of NFC chips being added to the next iPhone release as well as a need to constantly make its phones smaller and lighter than the competition.