Watching a prized gadget like the Apple Watch being casually destroyed might cause palpitations for those of a geeky disposition, but I do think there’s a natural human intrigue in destruction, which makes a video of the Apple Watch acquainting itself with liquid nitrogen a very appealing prospect. Add to that a side dish of hydrogen explosion, and you’ve surely got a feast of tech annihilation, right? Find out after the break.

Only yesterday, we saw how Richard Ryan’s .50-caliber weapon put paid to one Apple Watch’s hopes of celebrating its one-week anniversary, in quite emphatic fashion. The self-proclaimed Tech Assassin has been busy creating a series of different ways to destroy the new wearable, and along with the rifle, also managed to get hold of some liquid nitrogen and hydrogen for two separate tests. 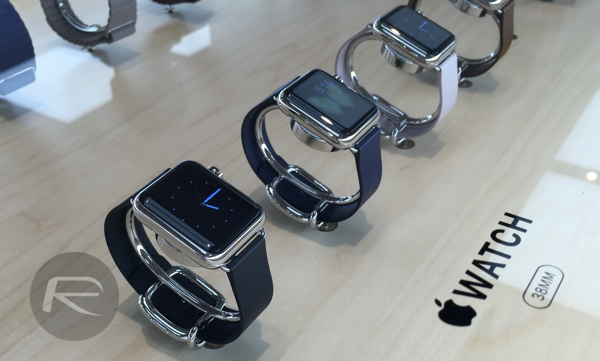 In the case of the liquid nitrogen, the device was dipped in, causing it to almost instantly freeze, and thereafter, Ryan took a sledgehammer to it. Filming in extreme slow-mo, the device’s screen shattered in an almost cartoon-like fashion, and while some consumers are still anxiously waiting for their unit to arrive in the post, this green-strapped Apple Watch Sport has been willfully nuked beyond repair.

The hydrogen explosion, while sounding pretty cool, was actually quite tame, and had little effect on the Watch itself. Despite the device being placed into a hydrogen-filled balloon and set alight, the explosion was all really for show, and after a cool-looking flame, it doesn’t seem the Watch took much of of the brunt.

These videos are provided mainly for entertainment purposes, but even with the regular drop / scratch / anything tests, one should never take an experiment of this nature as gospel. After all, just because a video on the Internet shows a gadget emerging unscathed after being chucked around, it doesn’t mean that a less severe knock won’t render yours a write-off, so whenever you’re taking off or putting on your Apple Watch, be mindful of the fact that it’s not indestructible.

Still, if you do plan on purposely destroying your Apple Watch, be sure to film it, since it makes for pretty enjoyable viewing!