With the Apple Watch finally going on sale, videos of durability and torture tests of the device have started dropping in as has become the latest Internet trend with every new popular gadget launched these days. Today, we see the Apple Watch being put through some likely kitchen accidents, followed by a drop test.

Apple Watch Sport is apparently the top contender when conducting these tests, and it’s hardly surprising given the relatively lower price point compared to other models, such as the steel-cladded Apple Watch and the exquisitely-priced Apple Watch Edition. 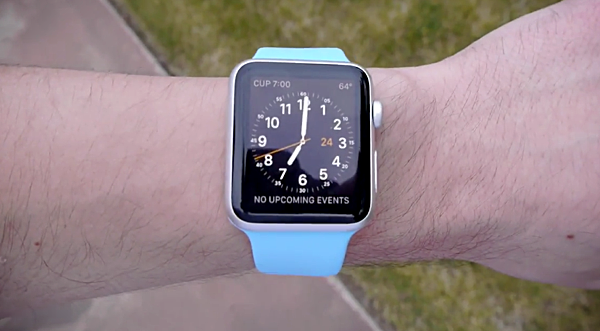 CNet’s guinea pig of an Apple Watch Sport is treated with some of the sharpest tools you would find in a kitchen, such as knives and well, a grater as well with the focus being on the glass display. The ‘Ion-X’ glass on the Apple Watch Sport is pretty resistant to sharp objects scratching at it, as opposed to some reports we’ve heard before. It’s worth mentioning here that the rest of the Apple Watch models are given the much tougher sapphire glass treatment. Perhaps the most interesting bit is how the watch survived being submerged in a pot full of water for over 10 minutes, and was even subjected to being drowned in ketchup, Nutella, peanut butter etc. The watch was rinsed with water, and voila, not an edible speck left.

The video ends with a drop test, or rather, tests, as it was dropped plenty of times without the band to cushion the impact. When that didn’t break it, it was stepped on, and when that proved futile, it was down to a 7-pound skillet. Yes, the skillet did the trick, and why would you think otherwise?

However, in contrast to the results CNet saw, TechRax’s drop test sees the Apple Watch Sport succumbing to a facedown impact as the screen shatters from a height of almost 3 feet – with the band attached. Well, Apple has pitched the Ion-X panel as scratch resistant after all, but for a ‘Sport’ model, Apple could’ve done better. As for the video, you can watch TechRax lose his cool at the results in the end.