Apple has placed a great deal of emphasis on its Siri digital assistant in recent years by bringing additional power and capability as part of major improvements to iOS. The company’s engineers will be continually tweaking, monitoring and amending the codebase to ensure the best performance from Siri and the fastest response times, but it’s very rare that we see any real ability enhancements outside of a large iOS update. That internal policy appears to have been negated in this instance as Apple has drastically improved the pot of baseball knowledge that Siri can pull from to provide assistance to fans.

Siri has afforded users with the ability to find out various things about different sports since the release of iOS 6. The power of Siri, like iOS itself, has developed in leaps and bounds since then, with Siri now able to answer very intricate questions about various sports and the history of that sport or team. 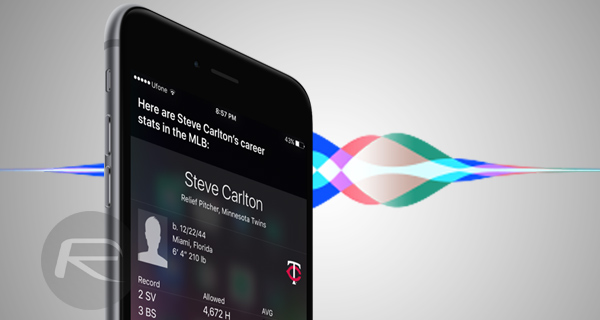 With MLB kicking off into a new season, Apple has seen fit to provide Siri with a deeper knowledge and understanding of baseball independent of an iOS version update. That means baseball fans are now able to ask deeper, richer questions and get impressive answers from Siri.

The improvements not only mean that Siri has a deeper historical knowledge of baseball and better understands the history of the teams and players involved in the sport, but that support now transcends beyond Major League Baseball (MLB) teams. Apple’s voice-activated digital assistant can now respond intelligently to questions about teams in 28 different leagues across the world of baseball. If you’re an iOS user with a passion for baseball, and want to get answers to questions about career statistics or baseball history, then Siri has you covered thanks to the latest back-end improvement by Apple. 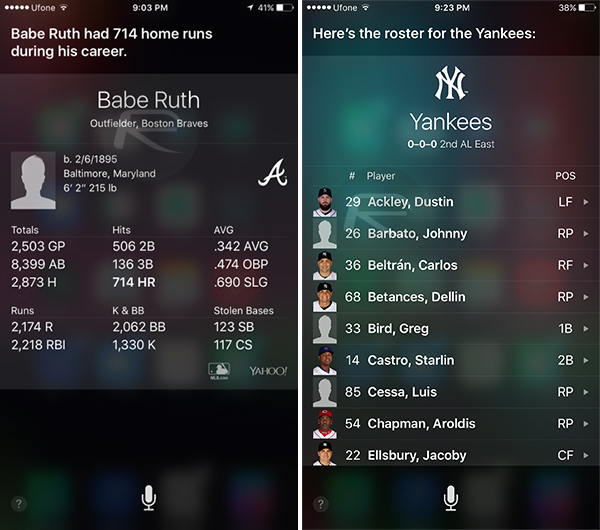 It doesn’t appear to be a coincidence that the improvement solely on baseball comes days after a deal between Apple and MLB was penned to introduce the company’s 12.9-inch iPad Pro into the sport as a coaching aid to be used in the dugout during live games. The agreed deal will see Apple loading up iPad Pros with a custom baseball app that provides instant access to feedback and analytics, and then handing them out to coaches within MLB. The changes to baseball support within Siri isn’t perfect yet, but it’s definitely a step in the right direction for fans of the game.