Apple will ship a new iMac with Apple silicon on board, complete with a new Apple GPU as soon as the second half of 2021. That’s according to a new report by The China Times.

Codenamed “Lifuka,” the GPU is said to be based on TSMC’s existing 5nm architecture and will offer improved performance and battery management than the options already available to Apple. That will not only allow for faster iMacs, but also ensure that cooling isn’t as big of a problem as it has proven with Intel on board.

Google Translation of the webpage tells us the following:

In the past, Apple introduced Mac personal computers with Intel CPUs, equipped with Nvidia or AMD GPUs, but industry insiders pointed out that Apple has cancelled support for AMD GPUs in the macOS Arm 64-bit operating system, indicating that Apple will be adopted in the future. Silicon’s Mac personal computers may use a GPU developed and designed by Apple. Recently, the industry has reported that in addition to ‌Apple Silicon‌ processors, Apple’s ‌iMac‌ desktops launched next year will also be equipped with self-developed and designed Apple GPUs.

Interestingly, Apple’s new chips are said to be based on the A14X, rather than a new chip specially designed to go into Mac computers. The A14X is what we would expect to be used in something like a future iPad Pro, not a desktop-class all-in-one computer. 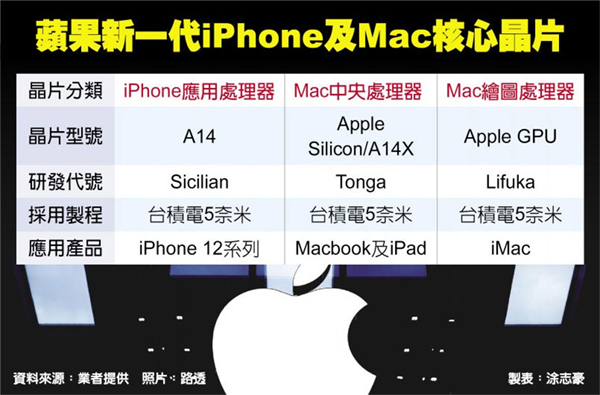 According to relevant sources, Apple’s self-developed GPU is progressing smoothly. The research and development code is Lifuka. Like the upcoming A14X processor, it is produced using TSMC’s 5nm process. Apple has designed a series of processors for Mac personal computers. The new GPU will provide better performance per watt and higher computing performance. It has tile-based deferred rendering technology that allows application developers to write more powerful professional application software and game software.

Apple told developers in June that it would have an ARM-based Mac ready to ship by the end of the year. That won’t be this iMac, but instead, we believe it to be a redesigned 12-inch MacBook instead.