Apple has really ratcheted up the advertising of late, likely in response to lower-than-expected iPhone sales, and the latest of those to arrive is The Backdrop. The YouTube video focuses on the iPhone XR, iPhone XS, and iPhone XS Max’s ability to take advantage of depth control, allowing the user to decide how blurry they want a background to be when taking a portrait shot.

The new feature builds on previous ones that allow for Portrait Mode, but this time, users are able to decide how blurry they want the image to be on the fly, with the results immediately displayed on-screen. The effect is pretty great when it works and pretty awful when it doesn’t, but being given full control of the outcome is something that is limited to just Apple’s most recent releases. 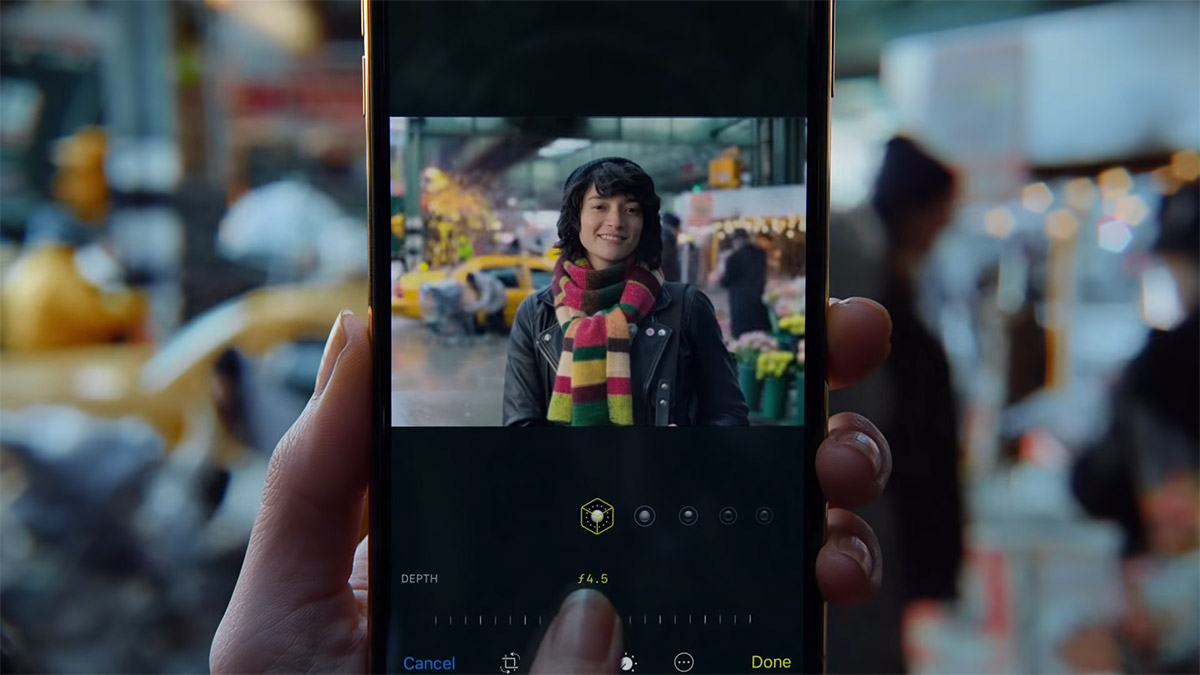 The video itself shows the depth control feature being used on a woman who is in a crowded street, and is immediately recognizable as an Apple ad. It follows other videos that carry a similar theme, with previous ones focusing on the Smart HDR feature that also debuted alongside the 2018 iPhones.

Depth Control on iPhone XS and iPhone XR allows you to adjust the depth of field to get the perfect amount of blur. Turning any background into a beautiful backdrop.

The iPhone XR, iPhone XS, and iPhone XS Max have been said to have sold more poorly than had been expected following their release last September. With new iPhones not expected for over six months, Apple is hoping it can leverage sales of its current lineup before attention turns to what’s coming next.

As mentioned earlier, Apple previously showed off the new Smart HDR feature in a video celebrating the Chinese New Year. You can view the ad below.

Acclaimed film director Jia Zhangke discusses the importance of capturing details in highlights and shadows through Smart HDR with iPhone XS. Use Smart HDR to enhance the taste of home, and your memories, this Chinese New Year.