Apple and German lens company Carl Zeiss are apparently in cahoots to bring a new augmented reality product to market, according to a notoriously accurate Apple commentator.

The infamous Robert Scoble took to Facebook today to share that he had heard from a Carl Zeiss employee that the two said companies are hard at work, with Apple hoping to have a product ready by the end of the year.

Apple has long been rumored to have the world of augmented reality squarely in its sights, but so far there has been little concrete information surrounding any products. This new leak, suggesting the possible arrival of an Apple-branded augmented reality glasses, will add further fuel to the fire in that regard, whilst also providing a possible timescale for when the product will ship – supposedly by the end of 2017.

This information developed at the CES last week, where Scoble spotted that the Carl Zeiss stand at the event was located in the augmented reality section without actually having any AR products to show. When quizzed on the curious setup, an employee is said to have spilled the beans on exactly what their company and Apple are working on. As Scoble tells us:

A Zeiss employee confirmed the rumors that Apple and Carl Zeiss AG are working on a light pair of augmented reality/mixed reality glasses that may be announced this year. (I thought it was next year but now that I saw this I believe it will happen this year). 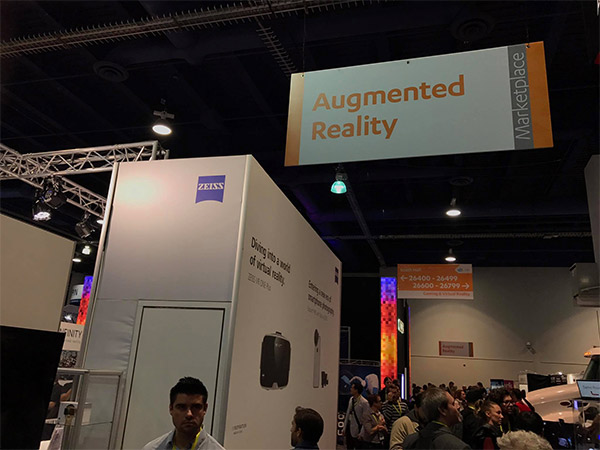 It has been known for a while now that Apple has a dedicated team working on augmented and virtual reality and ways to incorporate both into its products. There’s been talk about the company even looking to bring augmented reality to its autonomous car project as well, so we know well that Apple’s is looking beyond just a VR/AR headset for the iPhone.

In pursuit of such diverse feats, the help of a company such as Carl Zeiss, which knows its way around a lens or two, makes plenty of sense for Apple, but we can’t really put a pin on exact concrete details till Apple gives us at least some hint.