It was only a matter of time until the flood gates opened up about Apple’s potential venture into augmented and virtual reality. Tim Cook’s company has a longstanding history of sitting back and soaking up what the competition is actually doing before venturing into a specific market.

With VR and AR going through a growth spurt in terms of popularity, it seems that the time is now right for Apple to be thinking seriously about augmented reality in the first instance, with a report suggesting that the Mac-maker is looking to integrated AR experiences into the iPhone’s native Camera app.

The news about Apple actually thinking about, and looking seriously into augmented and virtual reality isn’t exactly a shock in itself. As an innovator and leader in the consumer technology space, and as the world’s most valuable and richest company, if Apple wasn’t looking into how it could use these technologies then there would be something amiss.

In fact, it’s been pretty much common knowledge since the beginning of the year that Apple had actually assembled a research team to focus purely on augmented and virtual reality products. It seems the fruits – no pun intended – of that labor have led Apple down the path of looking to progress what the iPhone’s camera is capable of.

It seems that initially the purpose of adding this type of tech into the iPhone Camera app would be two fold. Apple would be hoping that it could make the iPhone’s camera capable of actually instantly recognizing real-world objects when they appear in the viewfinder, and having some kind of call-to-action or augmented overlay on the interface with information pertaining to the object that the device has recognized. In addition, Apple is also looking to progress what is actually possible from a facial recognition perspective, presumably with the desire to allow the iPhone to recognize multiple faces at one time. 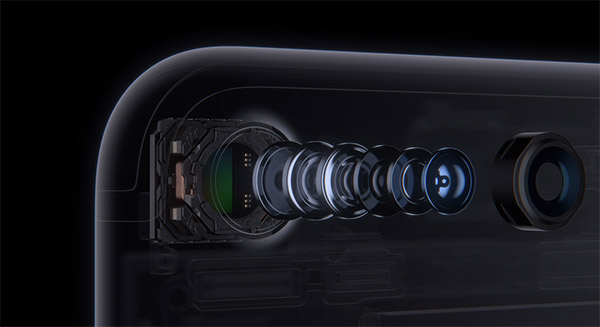 We’ve already been privy to some information suggesting that Apple is looking to build a set of augmented reality-based glasses that would work in a similar fashion to Google’s Glass project. Any advancements made to the iPhone camera and the associated Camera app would be in addition to this hardware project.

It looks as though we have a lot to look forward to from Apple in this space, which will hopefully result in the release of an Apple developer SDK that allows third-party developers to bring AR and VR to a lot more people.