Apple Renames ‘FREE’ Download Button To ‘GET’ For Apps On App Store, Here’s Why

Apple has today replaced all the ‘FREE’ download buttons with the word ‘GET’ across both the App Store and Mac App Store. The change appears to be worldwide, so you should be seeing it right now no matter which store you happen to frequent.

Sometimes Apple does something that has us scratching our heads, and this is certainly one of those times. While the reason behind the dumping of the term ‘FREE’ is no doubt related to the problems that have arisen from in-app purchases being abused by some developers – free doesn’t always mean free these days – the real question is whether the word Apple chose to use for its download buttons is the best it could come up with. 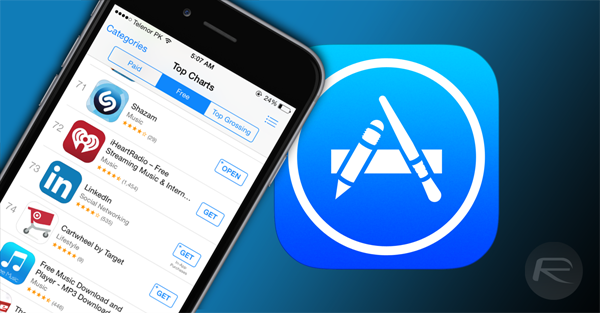 With Apple having had to defend itself not just to customers but also the Federal Trade Commission over the way in-app purchases are sold and marketed, the decision to do away with anything that gives the impression of not requiring any purchase does make a lot of sense. That being said, when you have a button that is extensibly something that initiates a download, would the word ‘DOWNLOAD’ not have been a better choice than ‘GET?’

We’d wager that it would, and by quite some margin. Go ahead Apple, you can have that one for free.

This isn’t the first time Apple has changed the appearance of content on the App Store in order to change the way people perceive in-app purchases. Not all that long ago apps that offered in-app purchases started displaying text to that affect, making sure that those downloading free apps were well aware that the potential was there for needing to spend money, whether that be to unlock features or otherwise.

While we think the mode away from the word ‘FREE’ is probably a good one, we’d like to meet whoever made the final decision on what to replace it with, if only to have one of whatever they’ve been drinking.