Apple announced multiple products at their event on Tuesday including the all-important iPad mini, an unexpected 9.7-inch iPad refresh, specs bump for the Mac mini, all new iMacs and, of course, the rather exciting 13-inch MacBook Pro with Retina display.

Apple today has released the first TV ad for the new MacBook Pro showcasing its amazing display. Check it out after the jump. 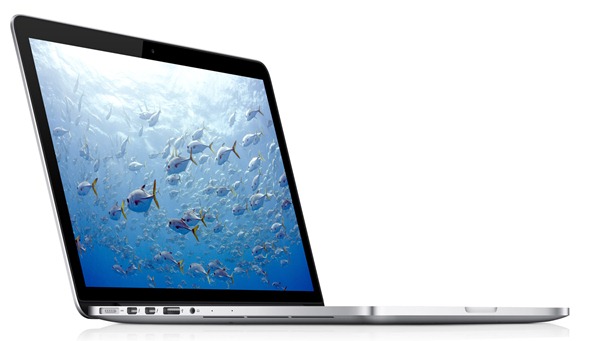 The TV spot comes straight from Apple’s YouTube channel. It lasts 30 seconds and showcases the pro capabilities of the new notebook; thanks to the higher-than-HD resolution of the Retina Display, video and photo editing, design and development becomes a significantly improved experience.

With a starting price of $1699, the 13-inch MacBook Pro with Retina display really isn’t meant for your average Facebook-surfing consumer. It’s meant for professionals who are looking to enhance their computing experience.

The 13-inch MacBook Pro with Retina display is available in the form of two pre-built models. The $1699 base model comes with a 2.5GHz dual-core Intel Core-i5 chip and 128GB of flash storage, while the $1999 higher-end model simply doubles the storage to a more roomy 256GB. Both models come with 8GB of RAM, Intel’s HD Graphics 4000, FaceTime HD camera, two Thunderbolt and USB 3.0 ports.

Reviews from magazines and online publications are yet to be published, but initial impressions are positive. The only thing that technology enthusiasts – who use their computers for heavier tasks like HD video editing, photo editing, programming etc. – are questioning is the lack of a dedicated graphics card from NVIDIA. Intel’s HD Graphics have improved a lot over the past few years, but they are still no match for a dedicated solution. 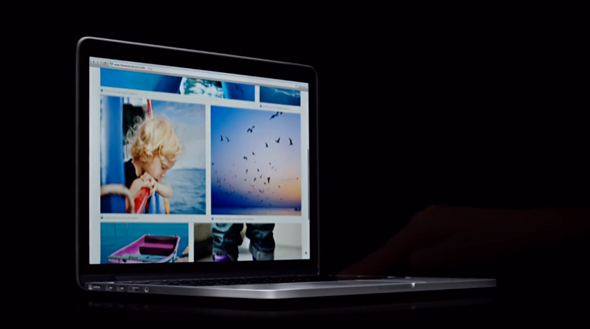 Apple is the first personal computer company to release notebooks with such a high resolution display. At 2560 x 1600, the resolution matches that of the 27-inch iMac. Imagine that! What was previously reserved for huge displays has now trickled down to ultraportable notebooks. The future is awesome.

You can the see ad below:

What did you think of the ad? Let us know in the comments section over on our Facebook and Google+ page.