Forbes has just unveiled its annual list of the world’s most valuable companies, and perched at the summit of this particular round-up is Apple. The iPhone maker has had an incredible year, shifting record numbers of the just-released iPhone 6 and 6 Plus in the first couple of months on sale, and with an estimated valuation of almost $125 billion, Forbes believes Apple’s brand is worth double that of Microsoft and almost 2.5 times that of search giant Google.

Obviously, whilst reaching the top of the pile in terms of valuable brands will no doubt please Apple’s executive team as well as stakeholders and general fans, it’s not exactly the most surprising news story in what has been a fairly busy and exciting year in tech. Forbes list or not, it is well documented that Apple’s brand is as ubiquitous and recognizable as any other, and given the popularity of the company’s product line-up, this is unlikely to change any time soon.

Along with the iPhone 6 and iPhone 6 Plus, which have even managed to outsell some of Samsung’s latest handsets in its native South Korea, there’s also the forthcoming wearable effort in the form of Apple Watch, and given the largely positive response to a product that probably won’t see the light of day for another six months, it’s plausible to suggest that this time next year, Apple could be even further ahead.

With Microsoft being somewhat behind in mobile space, the software maker could also see its valuation increase significantly by the time Forbes next release its statistics. After all, Windows Phone is shaping up quite nicely in terms of features these days, and while the ecosystem is not as rich and thriving as iOS and Android, the fact that developers are increasingly rolling apps out for all three platforms at the same time is promising, particularly as Microsoft heads into Windows 10. 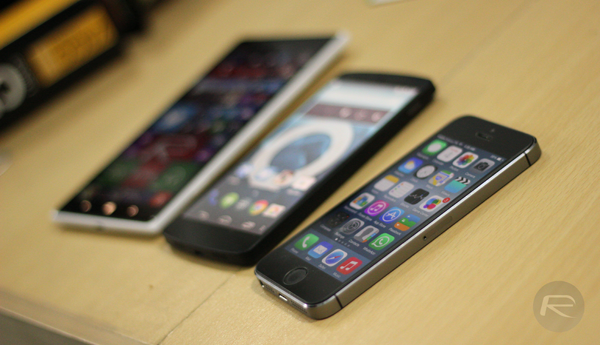 Forbes’ calculations take into consideration a number of factors, including product unit sales, and while Microsoft ranked second with a respectable $63 billion valuation, Google’s third-place ranking at $56.6 billion means that, according to Forbes, Apple’s 124.2 billion valuation renders it a more valuable force than Microsoft and Google combined.

What do you make of this? As ever, please do share your thoughts below.