As has recently been rumored Apple Music today announced its Spatial Audio, with Dolby Atmos support that’s coming next month.

The announcement, made via a Newsroom post, notes that 75 million songs will be getting support for Lossless Audio as well, although only 20 million will be available on day one with the rest appearing by the end of the year. 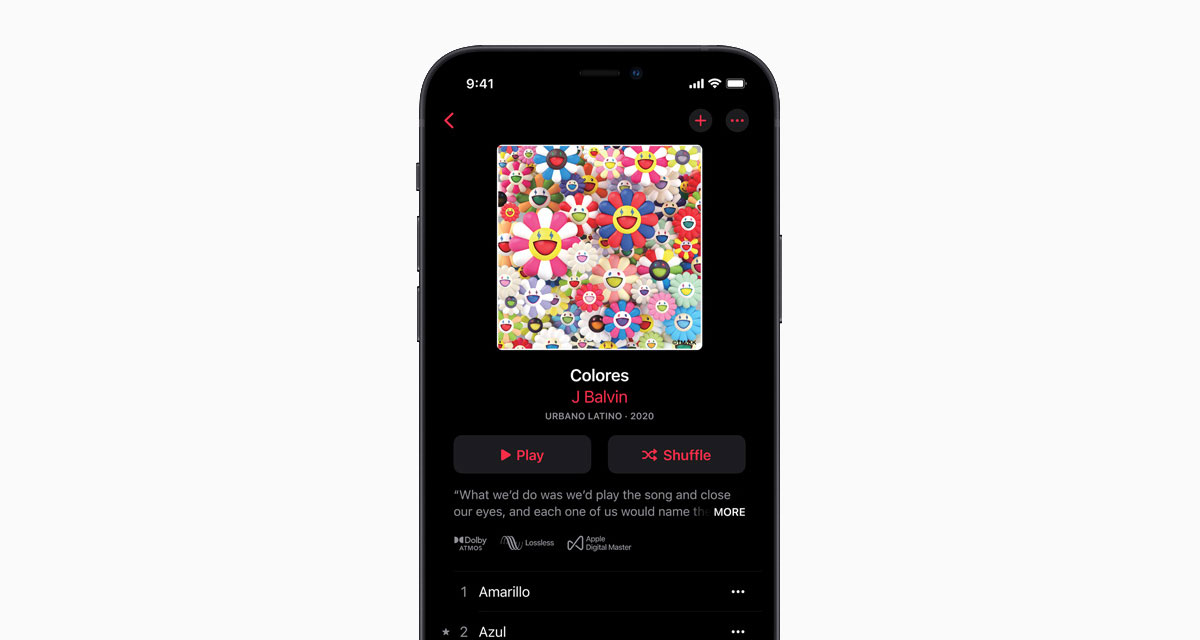 Apple today announced Apple Music is bringing industry-leading sound quality to subscribers with the addition of Spatial Audio with support for Dolby Atmos. Spatial Audio gives artists the opportunity to create immersive audio experiences for their fans with true multidimensional sound and clarity. Apple Music subscribers will also be able to listen to more than 75 million songs in Lossless Audio — the way the artists created them in the studio. These new features will be available for Apple Music subscribers starting next month at no additional cost.

Apple’s new Spatial Audio with Dolby Atmos support will coming to the entire Apple Music catalog, while you’ll need special headphones to take advantage of them. Spatial Audio requires anything with the W1 and H1 chip.

Apple is bringing Spatial Audio with support for Dolby Atmos to Apple Music. Dolby Atmos is a revolutionary, immersive audio experience that enables artists to mix music so the sound comes from all around and from above. By default, Apple Music will automatically play Dolby Atmos tracks on all AirPods and Beats headphones with an H1 or W1 chip, as well as the built-in speakers in the latest versions of iPhone, iPad, and Mac. Apple Music will be adding new Dolby Atmos tracks constantly and will be curating a special set of Dolby Atmos playlists to help listeners find the music they love. In addition, albums that are available in Dolby Atmos will have a badge on the detail page for easy discovery.

Apple Music will also offer multiple streaming audio quality options as well, including a high resolution one that will offer 24 bit at 192 kHz audio.

Apple Music’s Lossless tier starts at CD quality, which is 16 bit at 44.1 kHz (kilohertz), and goes up to 24 bit at 48 kHz and is playable natively on Apple devices. For the true audiophile, Apple Music also offers Hi-Resolution Lossless all the way up to 24 bit at 192 kHz

All of this will come at no extra cost, meaning the existing Apple Music subscription of $9.99 will get you all of the new features. The same goes for those who are already Apple One subscribers, too.

Everything goes live in June so we still have a couple of weeks to wait.