It has been revealed that Apple is holding a secret meeting with a host of carefully selected hackers from the jailbreak world and beyond in order to brief them about the imminent launch of the company’s bug bounty program.

As previously discussed, Apple used the Black Hat Conference earlier this year to announce that it was introducing a program designed to reward hackers and security researchers for finding and reporting bug in iOS and macOS. The company has now invited what it believes to be some of the best hackers in the world to take part in an under wraps meeting, presumably to go through intricacies of the new bounty program prior to its official launch. 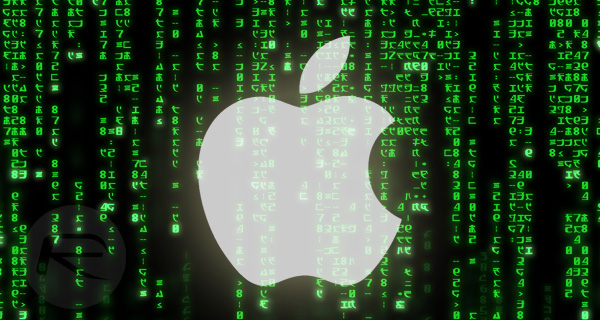 Amongst those in attendance with Apple today are Luca Todesco, the first person to publicly showcase a working jailbreak for iPhone 7, Nicholas Allegra, who is better known by his online moniker Comex and was responsible for jailbreak solutions such as JailbreakMe, and Patrick Wardle, an ex-NSA employee who has been vocal about his lack of trust in the security within Apple’s desktop operating system.

Apple clearly believes that these individuals, amongst others, have the abilities and desire to find critical, and therefore valuable, bugs in its iOS and macOS platforms. It is also being suggested that a number of additional names familiar to those in the jailbreak and hacking communities are also likely to be present in today’s meeting with Apple, including Pedro Vilaca, Alex Ionescu, Jonathan Zdziarski, Steven De Franco aka iH8sn0w, Francisco Alonso, and Stefan Esser aka i0n1c who cuts an extremely polarizing figure online due to his outspoken comments on all things security, jailbreak and Apple.

There’s also a suggestion that Apple has asked Hao Xu, a current member of Pangu Team, to participate in today’s meeting with a view to providing information on bugs within iOS and the iPhone. There are apparently has some more people on the list, but over all it being suggested that Apple has kept it short and exclusive for now.

As part of the new bug bounty program Apple is looking to provide cash rewards of up to $200,000 for information pertaining to critical vulnerabilities in the systems that power the iPhone, iPad and Mac range of computers. Rather than simply opening the program up to the masses in the first instance, it looks as though Apple is taken the route of inviting a select few individuals who have not only proven themselves to be capable, but who have also filed bug reports previously with the business, with the hope being that it can the bounty program up and running with actionable information.

Now just how will this affect future public jailbreak releases is something we will have to wait and watch.