Not long after the official iPhone 5s announcement, an Apple spokesperson discussed the iPhone 5s Touch ID capabilities in a little more detail, focusing specifically on the type of data that the biometric scanner will be capturing when in use. A few days have passed and we are now seeing additional information emerging, regarding one of the other new components that will be making an appearance in the seventh-generation iPhone. Information regarding Apple’s A7 chipset and its’ associated M7 Motion Coprocessor has been unveiled, and it’s once again another feature that will split opinion.

Apple’s Phil Schiller described the M7 as a component that “continuously measures motion data”, which would ultimately spawn a revolution in the health and fitness app market. There’s no denying that the processor when used in conjunction with the new Core Motion APIs would definitely provide developers with additional power to build health based apps, but we can’t help but feel there is a bigger, more long-term picture here. When the iPhone 5s is launched on Friday, it will offer the ability to continuously measure motion data by integrating with additional hardware sensors like the device’s accelerometer, compass and gyroscope. 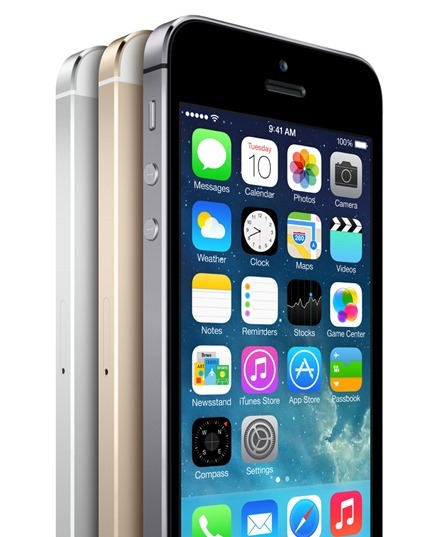 The immediate speculation is that Apple is initially testing basic functionality of the M7 processor in preparation for launching some kind of always connected wearable device that would send and receive information from the iPhone. It also appears that in it’s current form the M7 Motion Coprocessor is intended to rise above being solely for fitness apps and will have a part to play in motion based computing. A statement released by Apple offers some interesting insight into the M7:

M7 knows when you’re walking, running or even driving. For example, Maps switches from driving to walking turn-by-turn navigation if, say, you park and continue on foot. Since M7 can tell when you’re in a moving vehicle, iPhone 5s won’t ask you join Wi-Fi networks you pass by. 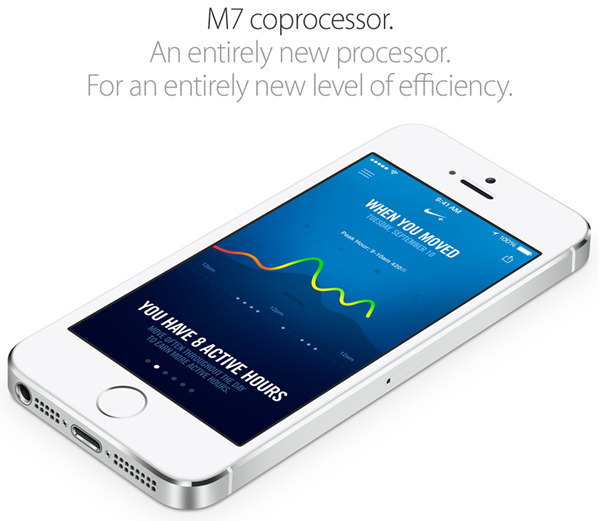 The release statement also continues on to say that things like Wi-Fi and cellular network access are limited on the device when the M7 detects that it hasn’t been moved for quite some time. This kind of awareness and intelligence will have obvious positive impacts on battery life. The technology might have come out of the blue with the new iPhone announcement, but it’s certainly something that enhances the device and opens the door for multiple different uses going forward.