Along with the incredible growth of the iTunes App Store in terms of general content, the way that payments are gathered by developers has shifted dramatically since third parties were first given the opportunity to supplement the iOS experience. Whereas paid apps and games were sold at a flat rate, at one-dollar increments from $0.99 upwards, today’s App Store sees the vast majority of successful titles given away for free. Devs can generate continued revenue by offering certain aspects of a game for purchase after the initial download, but with many consumers having grown frustrated with this system, Apple has launched a new App Store section that points out titles available for a one-off rate.

In-app purchases are not necessarily the devil’s work, but there’s no doubt that some developers have used it as a way to reel folks in before crippling the actual gaming experience. Offering newly-created levels for an in-app cost seems more than fair, but in many instances – not to name names – games tout 400+ levels in their release notes only for the casual gamer to realize that continued payments may be necessary to get to the latter stages. 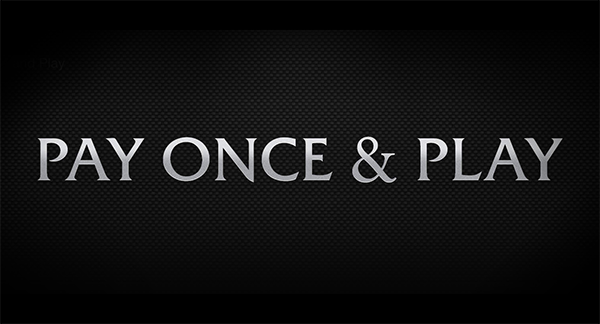 As digital consumers, we’re largely accustomed to paying for a game once and enjoying it inside out. With this in mind, Apple has rolled out a new featured list of "Pay Once & Play" games on the App Store, so if you’re looking to indulge in a spot of gaming on your iPhone, iPad or iPod touch but don’t want micro-payments to come back and bite you on the butt, this little collective has you covered. 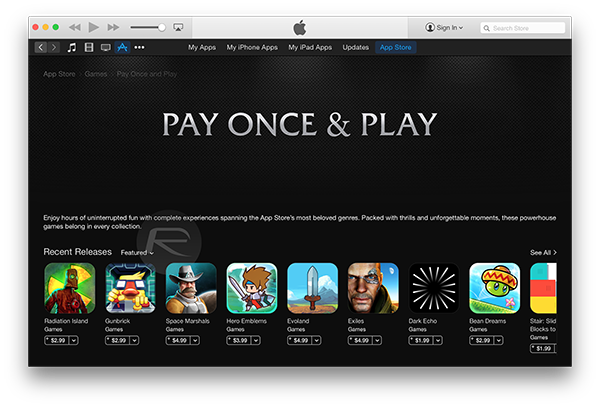 Included are some real gems, including Minecraft – Pocket Edition, and the Pay Once category is itself divided into a number of sub-sections help you to pick from Recent Releases, Blockbuster Games or App Store Originals. 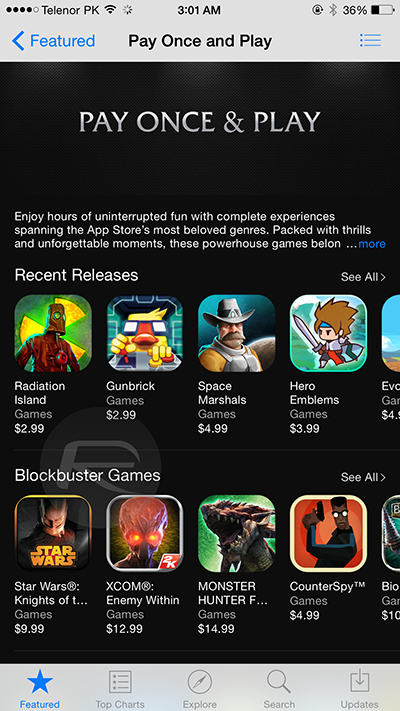 The business of in-app purchases has been polarizing to say the least. Many developers believe it’s right that consumers should expect to pay a reasonable fee for additional content, while in turn, some gaming fans continue to yearn for the days where a solitary payment was all that was necessary.

Still, with this new category, you can avoid in-app purchases entirely, and know that once you’ve parted with your hard-earned cash, you won’t need to continually do so.

The complete list of games, as pointed out by Apple, are as follows: