Remember the Amazon Fire Phone that started out with a lot of flair and hype surrounding it? Clearly that didn’t last too long, and with the phone being a major flop on the market, Amazon is selling the $449 device for a mere $199 off-contract and fully unlocked right now. Head on over the jump for further details.

The Fire Phone from Amazon was the retail giant’s first attempt at a smartphone, and running the Android OS, the company’s spin on the entire firmware made for a momentarily exciting experience. The hardware and build quality is one of the best around without a doubt, but it’s the software take by Amazon that has really let down such a beautiful phone. Such is the demise of the Fire Phone that it was only a few months back when Amazon put up the device for sale at $199 for some time. Looks like Amazon’s inventory is still flooded with the phone and it is once again trying to flush out more of them this month. 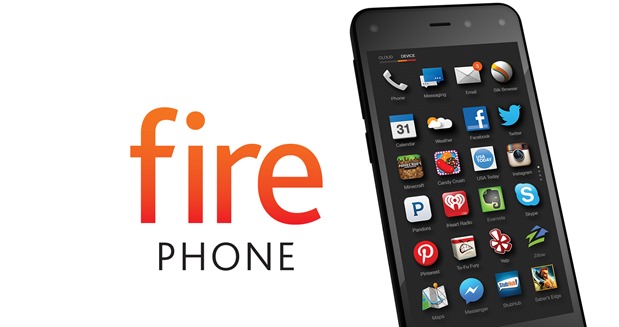 Amazon’s new deal for the Fire Phone – at $199 – may sound sweet, but then again, it’s that software implementation that holds us back knowing well enough that the fun experience will be limited and short lived. However, I guess Amazon is well aware of this fact as well and so to spice up the deal and really make sure consumers grab a few devices this time around, the retail giant is throwing in an amazing full year of Amazon Prime – valued at $99. Services include Prime Instant Video, Prime Music, Video downloads – to go, and Kindle Owners’ Lending Library. 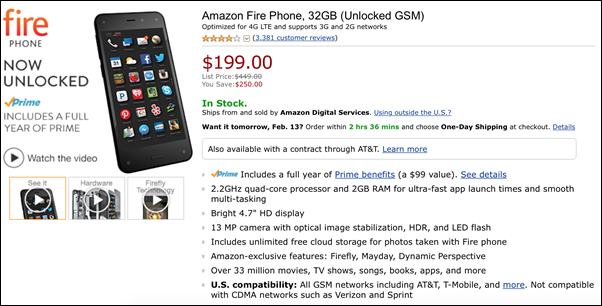 The Fire Phone is no flagship beater, but it has some impressive specs to boast for a $199 device. Quad-core CPU, 2GB of RAM, and 13MP rear-facing camera with optical image stabilization which is seldom found in many of the latest devices as well. The phone employs some impressive tricks including perspective viewing via camera sensors mounted on each of the four corners. As for the construction material, the Fire Phone features a glass panel on both the back and the front with a metal frame, so unless you buy an old HTC One, there aren’t many brand new smartphones out there that come clad in glass and metal for $199, with a $99 value addition.

You can avail the deal directly from Amazon’s own website.