Apple has today been granted a new patent for an Apple Smart Cover, and although such a thing does already exist, this one certainly features one or two things that you won’t find in any current product.

The patent, which we covered back in 2012 when Apple originally filed for it, goes on to explain that the Smart Cover in question would feature not just an additional touchscreen, but also WACOM-like stylus-drawing capabilities, among other things. 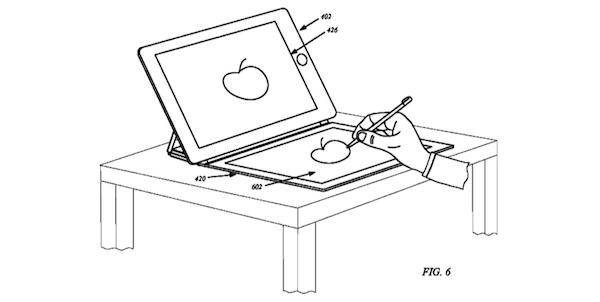 The patent features illustrations that suggest the unannounced iPad cover could provide an extra screen for iPad use that would prove beneficial to those that require reference data on one screen and another screen to be available for working. We find ourselves wondering whether it would also simply provide a better eBook reading experience given the book metaphor that such a setup would evoke.

One particularly interesting illustration has the Smart Cover being compatible with some sort of drawing and writing device such as an Apple Pencil, with anything able to be written on while closed. This would give people an excellent place to write notes or jot down anything that they may need to remember at a later date. The scratchpad functionality would be an interesting addition to the current Smart Covers, that’s for sure.

“Shows embodiments with cover displays configured on the outside surface of tablet device covers.”

Here are some of the other illustrations from the patent that Apple has been granted today, showing different use-cases for such a Smart Cover: 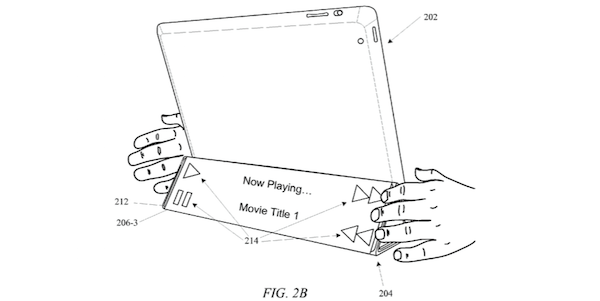 “Shows a perspective view of a tablet device supported by a segmented cover in an orientation which makes the tablet convenient for watching videos.” 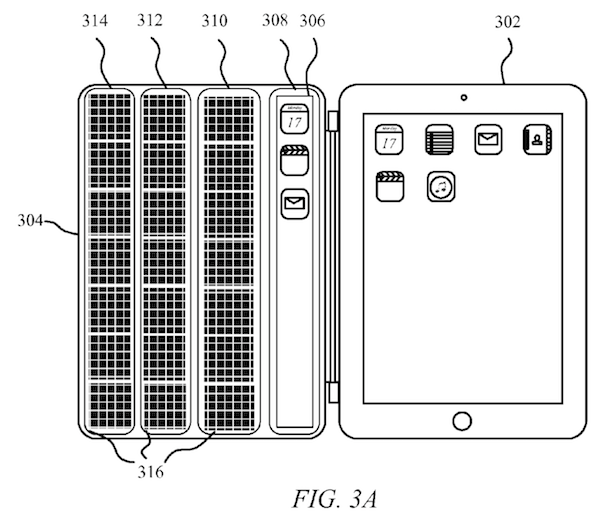 “Shows a top view of a tablet device attached to a flexible cover having an integrated auxiliary display and ambient power collectors.” 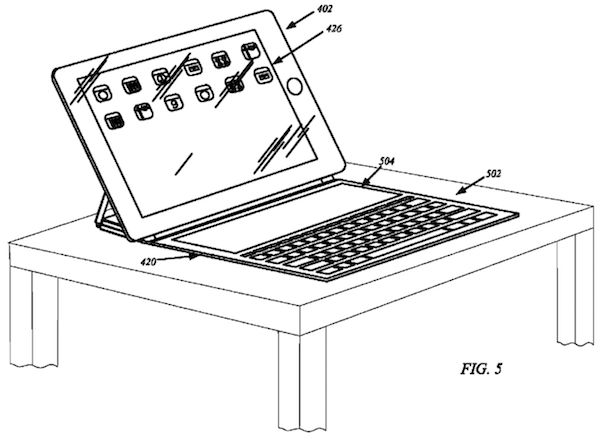 “Shows a perspective view of a tablet device with a keyboard and touch screen integrated into the flap portion.”